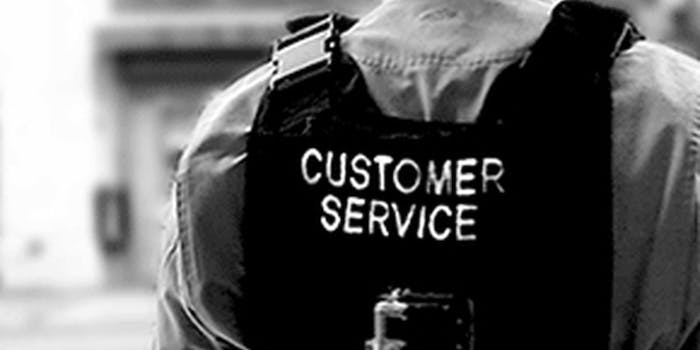 On patrol with the Internet’s favorite mall cop

The Daily Dot's Fernando Alfonso III meets Darien Long, the mall manager famous for tasering an unruly woman (and taking a video of it).

If you take one look at Darien Long at work, you might think he was dressed to fight in the zombie apocalypse.

His bulletproof vest, handgun, taser, pepper spray, GoPro camera, and sleek Oakley sunglasses make the 45-year-old a formidable sight. But that’s what’s expected of him as manager of Atlanta’s Metro Mall, a seedy establishment frequented by drug dealers and troublemakers.

Instead of explaining his nearly daily routine of breaking up fights and kicking out thieves to his family, Long started posting GoPro videos on Facebook. That includes a video posted in May of Long tasering a raucous woman after three minutes worth of telling her to calm down and back away.

The video collected about 40 likes on Long’s Facebook page over the next eight months, until a World Star Hip Hop and LiveLeak user posted it on both sites and turned him into an overnight celebrity.

The video collected more than 1 million views almost overnight, before the Reddit community quickly latched onto it. Redditors declared Long a hero and started a CrowdTilt campaign to buy him some new gear.

“It’s a blessing and a curse,” Long told Daily Dot during a visit to his mall on a road trip to South By Southwest with artist duo Mr. GIF. “I’m no superhero.”

Long has used the money to purchase a new X3 Taser, binoculars, a new GoPro to wear on his back, hard drives, a desk and chair to sit on in the mall, and a pepper gas gun. And all that equipment has been put to the test.

Since the story of Reddit’s charitable donations reached the site’s front page a month ago, Long has had a gun pulled on him, his house has been broken into, a bottle was thrown at his head, and at least one person featured in one of his videos has confronted him at work.

While I interviewed Long Monday afternoon on the sidewalk, he listed off the names of more than five drug dealers circling around the mall, waiting for our cameras to leave. Long also pointed out one man walking across the street who he had tased sometime in the past two months.

“Once I step outside these doors, my liability goes way up,” Long added.

To date, there have been more than 30 videos uploaded to YouTube of Long confronting unruly customers at the Metro Mall. Long hopes that one day he’ll no longer need to wear dual GoPro cameras to work. But in order for that to happen, Atlanta’s police force must step in, Long said.

“It’s really on the city,” Long said. “There are a lot of people here who have been fighting this for a lot of years. What my videos provided was something of a catalyst. What sort of catalyst? Only time for tell. It was a sort of vindication and validation to show what goes on down here.”