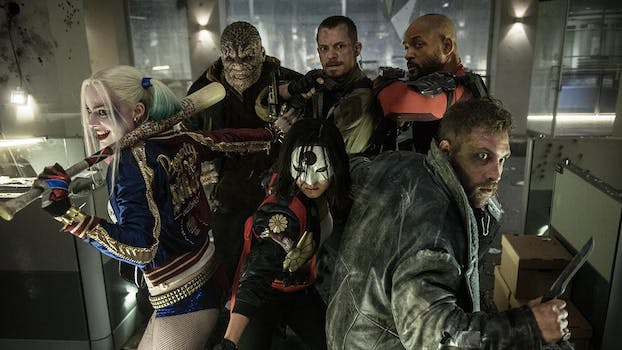 Just say ‘no’ to DARE

America's most popular drug awareness program doesn't work. It's time for an update for the Internet age.

Every year, helpful police officers across the United States pour into classrooms to provide children with their annual dose of Drug Abuse Resistance Education, better known as DARE. The program, dating to the 1980s, is a fixture in schools, but it comes with a significant problem: It doesn’t work. DARE is failing America’s youth, and some are paying a high price for it.

The good news is that despite DARE’s worst efforts, alcohol and drug use are actually on the decline among American youth. Young people across the country were much less likely to self-report alcohol, tobacco, and illicit drug use in the last year, according to an extensive government survey in 2014. Researchers also found a drop in the misuse of prescription medications and noted that the overall availability of alcohol and other drugs dropped, at least according to the youth surveyed.

In surveys of the population over time, the Centers for Disease Control note similar findings. Whether kids these days are just saying no or not, they’re opting to get high on life—and the culture around drug use appears to be changing. In the case of marijuana in particular, government polling found that youth had more positive attitudes towards the drug, yet seemingly paradoxically were using it less; perhaps it was less alluring as legalization and public debate reduced its stigma.

DARE is failing America’s youth, and some are paying a high price for it.

DARE, meanwhile, is woefully behind the times. The organization is run by individuals so trusting and credulous that they straight-facedly ran a repeat of a satirical article about marijuana, only pulling it down when a journalist from the Washington Post contacted them. Their inability to distinguish fact from fiction is an ominous sign for an organization that’s supposed to be familiar with drug use trends in the United States, and it also indicates that no one in the DARE offices is capable of critically evaluating sources — whoever posted that article likely also believes in all those Facebook hoaxes, too.

DARE’s cluttered, painfully outdated website is further evidence of the organization’s lack of ability to reach youth where they are. It feels painfully earnest and scaremongering, exactly the sort of thing youth are most likely to find eyerollingly painful; in its desperate attempt to be cool, DARE has accomplished just the opposite.

Just like those horrible accident films shown in driver’s education, DARE aims to “educate” children about drugs and alcohol by scaring them. It’s like a rabbit hole of Reefer Madness, a much-beloved film among potheads for its sheer absurdity.

Melodramatic awareness education simply doesn’t work, and science has the evidence to prove it. In a damning 2001 Surgeon General’s report on youth violence in the United States, researchers wrote that:

One school-based universal prevention program meets the criteria for Does Not Work: Drug Abuse Resistance Education, or DARE. DARE is the most widely implemented youth drug prevention program in the United States. It receives substantial support from parents, teachers, police, and government funding agencies, and its popularity persists despite numerous well-designed evaluations and meta-analyses that consistently show little or no deterrent effects on substance use.

It’s not the only social science literature with evidence that DARE is ineffective. A 2009 literature review found no evidence that students in the DARE program were less likely to use drugs and alcohol than their peers in control groups. A similar 2004 review came to the same conclusions: DARE simply doesn’t work.

DARE is woefully behind the times.

Both highlighted some of the problems with DARE, as well as some of the pathways to fixing the program. While DARE sometimes provides short-term results, with students displaying reduced probability of drug use in the immediate months after the program, those effects dissipate after the first year. The short-term effectiveness of DARE, some researchers argue, is a result of the method of presentation: a lecture from an outsider who briefly enters the classroom and then disappears again.

Advocates for more effective drug education suggest that it should be integrated seamlessly into classrooms throughout childhood, with teachers themselves taking an active role in the process. Students familiar with their instructors are more likely to listen, and the availability of lessons throughout the year makes it easier to present resources in a digestible format and to ensure that students have access to information all the time, not just when a stranger arrives to preach fire and brimstone.

Scott O. Lilienfeld and Hal Arkowitz at Scientific American cut to the core of the problem with DARE:

Merely telling participants to ‘just say no’ to drugs is unlikely to produce lasting effects because many may lack the needed interpersonal skills. Programs led exclusively by adults, with little or no involvement of students as peer leaders—another common feature of DARE—seem relatively unsuccessful, again probably because students get little practice saying no to other kids.

Research indicates that DARE starts too early and doesn’t sufficiently integrate social skills training; students don’t learn about how to interact with drugs in the real world in a program that mainly focuses on terrifying them with anti-drug messaging, some of which is misleading or outright inaccurate. In this sense, DARE mimics problematic sex education in the United States, with a message so focused on abstinence to the exclusion of harm reduction that it leaves students confused and even more at risk, with the added problem of lacking resources to do research on their own.

Locating accurate information about drugs can be extremely difficult. Sites like Erowid work to disseminate accurate information about drugs, but for every one of them, there are scores of parody sites along with those that offer pro-drug messaging at the cost of educating users about actual risks. Thus, adolescents don’t learn about the potential risks of contaminated drugs, for example, or the association between certain kinds of drugs and long-term health problems. The popular sleep aid Ambien, for instance, is linked with early-onset Alzheimer’s.

Moreover, students don’t have opportunities to find commonsense resources about harm reduction. If adolescents are going to choose to use intravenous drugs, for example, they should know about to perform injections safely and how to access clean needles. Providing this information through school-based programs might seem like anathema to the anti-drug crowd, but it would significantly reduce risks for youth.

Instead of readily being able to locate resources to help them make informed choices about drug and alcohol use, students fumble along in the dark with DARE as their only guide. Given the inaccurate and outdated information paired with an off-putting and ineffective presentation, it’s astounding that DARE hasn’t made teen drug and alcohol use worse in the years since its inception. Literature reviews should perhaps be praising the fact that it doesn’t appear to be actively harming adolescents.

DARE needs an overhaul that reflects actual science-based recommendations for drug education programs in the Internet age. Adolescents in the United States definitely do need resources for learning about the risks and benefits of drugs and alcohol in a safe environment focused on a harm reduction-based education, and they’re not getting that through DARE.