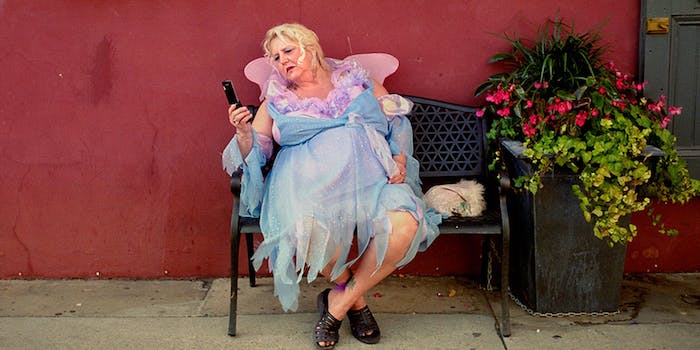 The danger of cellphone use: What you need to know about electromagnetic fields

Hollywood probably won’t be releasing Attack of the Killer Cell Phones anytime soon, but it's a real-life horror movie waiting to happen.

Imagine your cell phone, the electronic lifeline that you are habitually pressing to your ear, holding to your face and keeping close to your head as you fall asleep at night, emitting waves of harmful radiation that are slowly but surely killing you.

Hollywood probably won’t be releasing Attack of the Killer Cell Phones anytime soon, but the sci-fi horror movie aspect of eventual death by EMF (electromagnetic fields) is, according to several recent studies, a real-life nightmare waiting to happen.

In “Overpowered: What Science Tells Us About the Dangers of Cell Phones and Other Wifi-age Devices,” physiologist Dr. Martin Blank suggests that sustained exposure to EMF through cell phone usage is not only dangerous, but deadly. Blank writes,

You may not realize it, but you are participating in an unauthorized experiment—“the largest biological experiment ever,” in the words of Swedish neuro-oncologist Leif Salford. For the first time, many of us are holding high-powered microwave transmitters—in the form of cell phones—directly against our heads on a daily basis.

Of course, the Federal Communications Commission (FCC) maintains that the levels of EMF in our cell phones are completely safe. And why wouldn’t they? Admitting even the tiniest error would require an expensive and extensive retooling of cell phones worldwide, not to mention a reestablishment of consumer trust that could be irreparably broken, should such “accusations” be given scientific, factual weight.

After all, it is much easier and more cost-effective for the FCC to keep pretending that nothing is wrong, and to rely on lobbyists who block EMF research whenever possible.

Scientists paid by the power industries also have refuted Blank’s studies as “impossible,” toeing the company line just as the scientists backing the manufacturers of cigarettes and pesticides did before them (and still do).

And why would they react any differently, when funding for their own research depends on it? In the words of Dr. Henry Lai, who, along with Dr. Narendra Singh, has performed much of the groundbreaking research demonstrating DNA damage from EMF exposure, “A lot of the studies that are done right now are done purely as PR tools for the industry.”

Dismissing Blank’s research and experiments as “scare mongering” is one way to go, or only pointing to studies that have found “no marked effects” of EMF exposure to back such claims.

Granted, science has yet to answer all of the questions regarding EMF damage; and since the levels of EMF in cell phones are miniscule in comparison to say, a voltage power line, certain harmful effects could take years or even decades to manifest.

But, as Blank writes, “[science] has determined one fact very clearly — all electromagnetic radiation impacts living beings.” And what Blank has uncovered so far is shocking enough to warrant concern.

While cancer is one of the primary classes of negative health effects studied by researchers, EMF exposure has been shown to increase risk for many other types of negative health outcomes. In fact, levels of EMF thousands of times lower than current safety standards have been shown to significantly increase risk for neurodegenerative diseases (such as Alzheimer’s and Lou Gehrig’s disease) and male infertility associated with damaged sperm cells.

Additional results that Blank has cited in his ongoing research are as follows:

According to Blank, “There is a lot of science—high quality, peer-reviewed science—demonstrating these and other very troubling outcomes from exposure to electromagnetic radiation,” but at what point will the FCC decide to address the issue as legitimate, or, in an even less likely scenario, implement any kind of changes to the way cell phones are made?

However, Blank is quick to clarify that he is not suggesting we should give up our cell phones and return to the Dark Ages, as he too enjoys using EMF-generating gadgets. Instead, he recommends less prohibitive but still precautionary measures, such as minimizing our personal EMF exposure when we can and maximizing the distance between us and our EMF devices when in use.

“Just as you use a car with seat belts and air bags to increase the safety of the inherently dangerous activity of driving your car at a relatively high speed, you should consider similar risk-mitigating techniques for your personal EMF exposure,” Blank writes. “On a broader social level, adoption of the Precautionary Principle in establishing new, biologically based safety standards for EMF exposure for the general public would be, I believe, the best approach.”

The United States was the first nation in the world to regulate the production of chlorofluorocarbons (CFCs) when science indicated the threat to earth’s ozone layer—long before there was definitive proof of such a link. After scientific evidence of a direct correlation between cigarettes and lung disease became too substantial to ignore, the tobacco industries eventually caved and put warning labels on their packs.

How long until the FCC follows suit? That depends on whether billions of dollars in political lobbying will continue to block funding for this kind of research, and whether the government is willing to not only respond to the significant public health threat of EMF, but also force manufacturers to design, create and sell devices that generate much lower levels of EMF.

Plus, how long will it take for the average person to admit that their smartphone might be decreasing their quality of life, when their smartphone is the one gadget they’d be hard pressed to live without?

The gradual stages of denial to acceptance to at long last, change, could take years to make any kind of difference, probably several years too late to save a countless number of lives.

Until then, we wait.