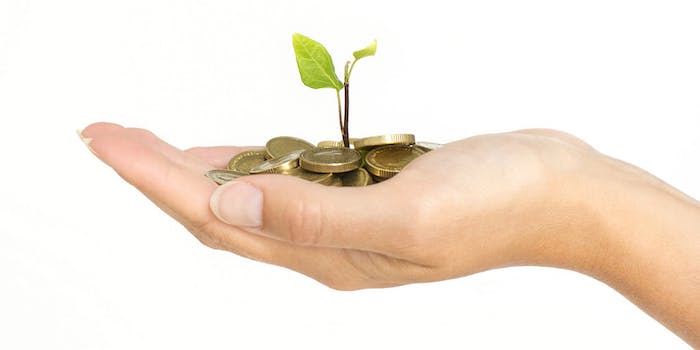 This tech company shows why raising the minimum wage pays off

A Seattle CEO is setting an example companies everywhere should follow.

After a rocky road, a big gamble is finally paying off for Dan Price, the CEO of Seattle-based credit card payment processing company Gravity Payments. Price became a national news story when he cut his own pay (which was about 23 times the average salary at the company) and created a company-wide minimum salary of $70,000. Now, half a year into his grand experiment, Price has something to show for it: success.

“We’ve been largely debt-free, and we’ve been pretty conservative in how we run our business so we can do these exciting things,” the tech CEO told the Huffington Post on Tuesday. And in a recent profile, Inc. found that six months after the company’s widely criticized decision, Gravity is defying doubters: “Revenue is growing at double the previous rate. Profits have also doubled…[and] media reports suggesting that panicked customers were fleeing have proved false. In fact, Gravity’s customer retention rate rose from 91 to 95 percent in the second quarter.”

Although President Obama has called raising wages “right thing to do,” Gravity’s example has made one thing clear: It’s good for business, too.

In the case of Starbucks, this has certainly been the case. Though CEO Howard Schultz has been lukewarm on a company-wide leap to $15 an hour, the coffee giant did announce wage increases for workers in October of last year. And despite an 18 percent spike in operating costs, CNN Money reported this summer that the company has still managed to post a profit of over 20 percent every quarter.

As CNN reporter Paul M. LaMonic wrote, “wage hikes don’t have to be a death knell for fast food profits,” noting that pay increases around the country have failed to even make a dent in other fast food restaurants’ bottom line. Chipotle saw a 27 percent increase in revenue, and Dunkin Donuts—whose CEO famously came out against $15, despite his own hourly rate of over $5,800 per hour—saw earnings grow by 2 percent.

McDonald’s, who already paid above the minimum wage, also increased employee pay by 10 percent this year. And though the company’s revenue is struggling for a different reason—chiefly, people want to eat healthier food—the increase in operational costs don’t seem to be a problem so far.

It’s not just fast food, either. Walmart—yes, Walmart—raised their starting wage to just $10 (which, while low, is still competitive in many states) earlier this year. As CEO Doug McMillon argued before a shareholder’s meeting, it’s been an effective way to retain employees and find new talent; in fact, it’s working so well, the company plans to do it again. “This won’t be the last jump,” McMillon stated.

Walmart’s decision seems to have prompted competitors to follow suit. Target announced in March that it would be raising wages to at least $9—or close to $2 above the federal minimum. T.J. Maxx and Gap also boast wages above $7.25 per hour. And so far, none of them seem to have crumbled under the weight of (relatively) higher pay.

Though it’s true that better wages improve the lives of workers, it’s also becoming increasingly apparent that they’re also good for business. Though naysayers tend to focus on the initial increase in operations costs, what they rarely look at is the return on investment. Retention of workers, as McMillion suggests, is a cost-saving measure. It costs businesses “about one-fifth of a worker’s salary to replace that worker,” according to the Center for American Progress.

Increased wages also make jobs more competitive: If workers know that Walmart is paying $10 per hour while a similar company is still paying just above $7, they’re more likely to apply for the position that pays more, even if it’s essentially the same job. If one business raises its wages, others will need to do the same, just to keep pace.

And while these jobs are still essentially paying poverty wages that make it difficult or impossible to support a family (there’s literally not a single U.S. state where you can rent a two-bedroom apartment for less than $13 per hour), the fact is that people need to work, and they will chase the highest earnings they can get within their skill set, schedule, and city.

And of course, when workers make more—even if it’s just a few dollars more—they’re able to spend it more readily, which allows businesses to flourish, not flounder.

In Seattle, where the minimum wage is slowly being increased to $15 over the next several years, restaurants are especially seeing a time of prosperity. A recent cover story in the Puget Sound Business Journal cites the success of the wage hike: there have been 5,227 restaurant permits issued this year in Seattle. That’s well on the way to surpassing the 5,458 permits issued all last year and the 5,415 issued in 2013.” That growth would be impossible unless city residents had more disposable income to, well, dispose of.

In addition to being good for workers, raising wages is, thus, good for everyone. Though Gravity CEO Dan Price has said he increased the wages of workers to well above the area’s annual median income because he felt it was “just,” it’s also beneficial for more reasons than just the emotional ones. Obama is right: Paying workers more is “the right thing to do,” but it’s also the smart thing to do.