Instagram’s playboy king made a real PSA for the U.S. government

It's all kinds of fantastic.

As GQ wrote earlier this year, “his [Instagram] feed documents a lifestyle so outrageous and seemingly free of moral, financial, or legal constraints, it’s as though he inhabits a Jason Statham movie, or a Hunter S. Thompson novel—only with faster cars, less-inhibited females, and more advanced weaponry.”

All of that has earned Bilzerian 7.4 million Instagram followers, 1.1 million followers on Twitter, and an old-fashioned checkup from the U.S. government.

The latter occurred because he was arrested at Los Angeles International Airport last December and charged with possessing bomb-making materials. He’d been caught detonating a homemade explosive that started a small wildfire outside of Las Vegas. In February, he pleaded no contest to a misdemeanor charge of negligently failing to extinguish a fire in the open. As part of his punishment, he had to make a public service announcement for the Bureau of Land Management.

On Wednesday, that PSA dropped (yes, this is April Fools’ Day; according to his rep, this video is not a joke). Here it is in all its beardy glory.

A couple of my favorite moments from the PSA:

2) That’s quite a painting in the background of the PSA. And is that David Spade betting a boatload of money in said painting? 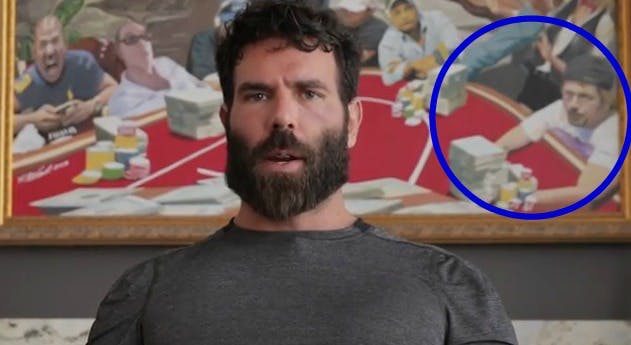 3) Who know you could curse in government PSAs? At the 34-second mark, somebody yells “Shiiit.” I guess that’s cool by Bureau of Land Management standards. Which makes it cool by me.

4) The enthusiasm Bilzerian showcases in this video is stunning. Nah, JK. He’s basically lifeless as he talks. His beard shows more personality in this video than Bilzerian himself.

The whole thing is just incredible.