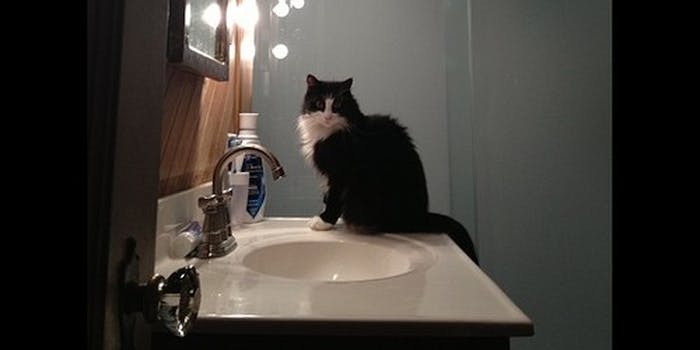 Ellie, the star of the upcoming James Bond film You Only Live Nine Times, reportedly has some bizarre demands in her contract rider.

Along with the usual items for cat starlets, like plenty of cold water, fresh tuna and catnip, Ellie is also demanding that her dressing room always be stocked with red M&Ms, reports the Hollywood Reporter. And only red M&Ms.

“She threw a fit when she found a yellow candy in her dish,” according to one anonymous source, who also indicated that when she found that they’d given her Skittles instead, she had every PA on set fired.

“I don’t know what the big deal is,” said the source. “She doesn’t even eat them. She just knocks them on the floor and makes an unholy mess batting them around the room.”