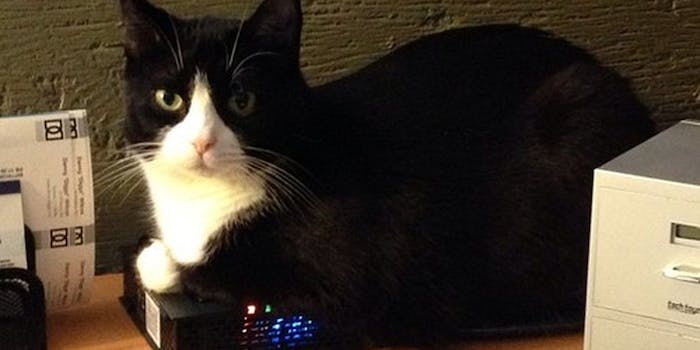 The line gets "a 10 out of 10 for adorableness," but falls short when it comes to performance.

Networking gear company Cisco was forced to recall its entire line of kitten wi-fi range extenders due to concerns that they just don’t work as advertised.

“Though we’ll give them a 10 out of 10 for adorableness,” wrote CNET’s Barry Wilhelm in a review, “the bottom line is that the Linksys CAT X wi-fi extenders just don’t work.”

According to Wilhelm’s tests, he was able to squeeze about an extra 12 feet of connectivity, on average, using the feline technology. That’s well short of the advertised 50 foot extended range. Plus, wrote Wilhelm, they end up getting your router all clogged with fur.

Cisco is offering full refunds for all kittens purchased prior to July 15.