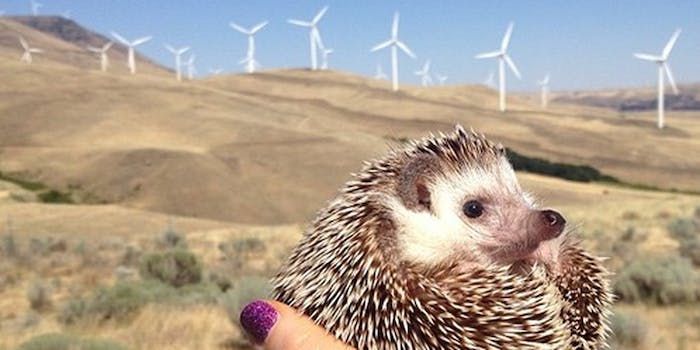 Biddy invested $10 million in a wind farm in Washington state.

“Biddy is really interested in alternative energy,” said Melissa Clyburn, a spokesperson for the wealthy hedgehog. “He’s always been concerned with the environment and he feels that wind is a wise investment, both financially and for the planet.”

Biddy, who made his initial fortune selling ink for quill pens, became a billionaire by running a successful hedge fund based out of Seattle, WA. He was also a pre-IPO investor in Tesla Motors.