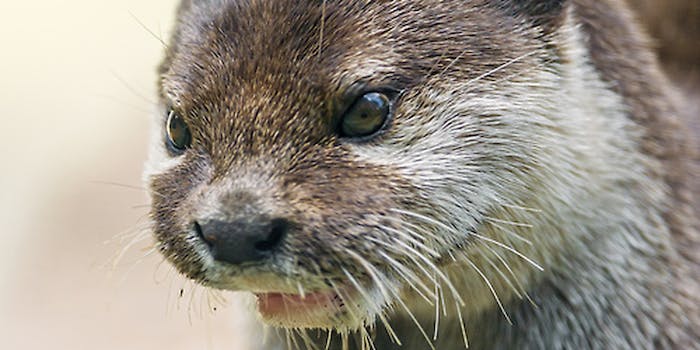 An otter named Samson, who lives at a zoo in Stuttgart, Germany, has reportedly been plotting to seize control of the zoo’s concession stand network.

“We have intel that he’s been scheming for weeks,” said Timm Krüger, of zoo operations. “Samson is known around the zoo as kind of a, what do you say, a bad seed.”

According to Krüger, the entire aviary already pays Samson protection from the tigers — even though thecats are penned in tight and can’t reach the birds, and he’s caught the hippos in a ponzi scheme.

“This is the first time he’s taken any interest in external zoo ops, though,” said Krüger. “We may have to put him in solitary for awhile.”

Via Tambako the Jaguar.