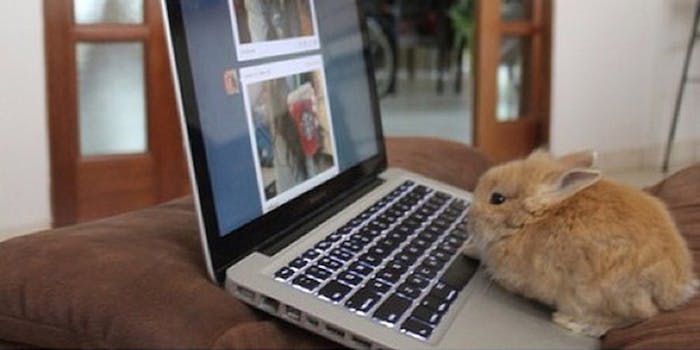 Patrice has also posted others' content without credit, which is a big no-no.

A local bunny rabbit named Patrice is using Tumblr incorrectly, according to friends.

“She posts prolifically, but she never reblogs,” explained Tom Richards. “Worse, she often takes people’s content without crediting them.”

While reusing content without credit is a no-no — something that instead using reblogs would remedy — Tumblr spokesperson Tanya Walsh says that there’s no right way to use Tumblr.

“Some of our uses reblog, some don’t,” said Walsh. “Some of our users mainly consume, some of them mainly create. There are all manner of ways to use Tumblr, and none of them are necessarily better than others.”