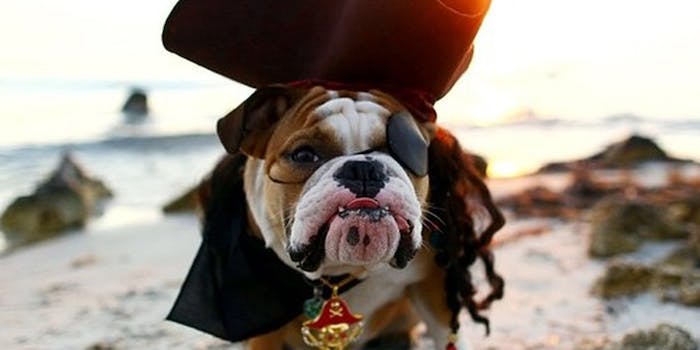 Sir Duke is scouring the small islands off the coast of North Carolina.

Sir Duke, a bulldog pirate who has been terrorizing the high seas since mid-April has supposedly lost his treasure.

The Washington Post reports that the Coast Guard has spotted the scurvy dog scouring a larger number of small islands off the coast of North Carolina.

“He and his crew have been furiously digging hole along the beaches of the Outer Banks,” said one seaman. “They mostly dig around dusk and sunrise to avoid detection, but we’re keeping close tabs. It’s actually really easy since he’s been sharing photos to his official Instagram account.”

The Coast Guard surmises that Duke can’t remember where he buried his treasure. Once he does find it, though, they have plans to seize the booty.