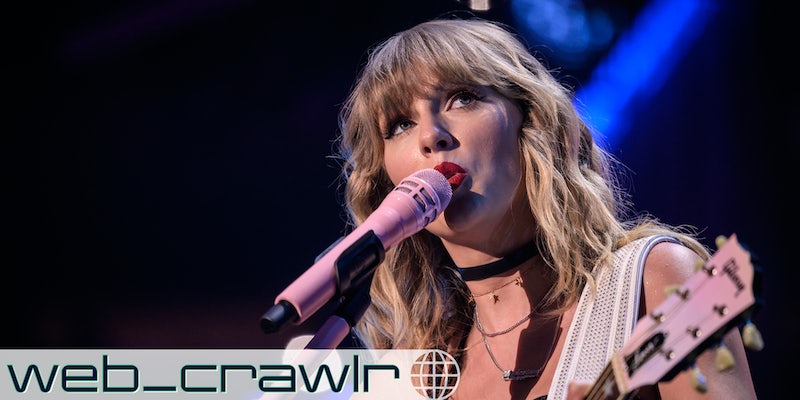 We crawled the web for you today and our top stories are about: Tumblr’s latest niche obsession, the FCC finally updating its highly criticized broadband maps, a worker claiming they were fired while trying to order Taylor Swift tickets on Ticketmaster, and a former Target worker going viral for sharing the reasons why she quit.

After that, our IRL Reporter Tricia has her weekly “Problematic on TikTok” column. Down below we’ve also got a story about a truly bonkers Starbucks order.

As forlorn Twitter migrants try to acclimatize to the other blue hellsite, experienced Tumblr users have smoothly homed in on their latest niche obsession.

The update arrives after decades of criticism that older maps painted a comically inaccurate picture of U.S. broadband.

🎟️ VIRAL
‘They did turn off my computer and I lost my place’: Worker says she was laid off in the middle of Taylor Swift Ticketmaster queue

In a viral video, a worker explained how she was laid off from her job while trying to get Taylor Swift tickets on her work computer.

💼 LABOR
‘So happy I left!’: Target worker shares reasons she quit—including a promotion with no raise

A Target worker used TikTok to reveal the many reasons she quit her job—including a promotion that didn’t come with a raise.

Want to buy a custom ring online, but not sure if you’ll like the final result? Create your dream ring with the help of a world-class designer and get a replica of it to try on first to make sure you love it. Take our quiz to get matched with your designer to get started.

‘Heroin chic’ has made its way to TikTok

🌮 In a viral TikTok video, a Taco Bell worker reveals that she called her dad and asked him to come to her job to confront her manager.

🗣️ A Michael’s customer is going viral for slamming the store’s manager for mistreating an employee. “It’s probably not the time to roast your employees given the staff shortages!” she wrote in the video’s caption.

🍞 A former Panera Bread worker is sharing money-saving hacks on TikTok now that she no longer works for the company.

🖖 Stream every single Star Trek TV series and movies with this definitive guide for Trekkies. *

🍴 One TikToker has urged customers to speak up if they’re dissatisfied with their dining experience.

🍗 A Popeyes customer went viral on TikTok after sharing how the restaurant’s fryer was broken but employees were still able to fry his chicken.

🎵 Without live performances amid the pandemic, musicians relied on streaming services to stay afloat.

A woman went viral on TikTok after sharing how she was late to her doctor’s appointment because a customer ordered 38 drinks at Starbucks.

The video was recorded by the user as she filmed the counter of a Starbucks location she was in. In the clip, there are numerous drinks in drink carriers on the counter, from frappuccinos to coffees.

According to Jaclyn, she was “late to her doctor’s appointment” because “somebody ordered 38 individual drinks.” In the background, baristas are making even more drinks.