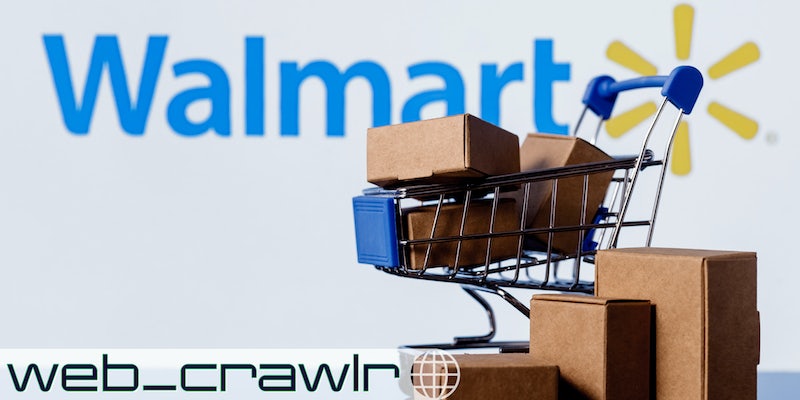 We crawled the web for you today and our top stories are about: Walmart snack robots in parking lots, a complaint alleging Amazon’s CEO violated federal labor law, a rumor about MrBeast that caused chaos in a grocery store, and the most recent “That One Sound On TikTok” column from our Senior Culture Reporter Audra.

After that, we’ve got our weekly “One Dumb Conspiracy” column from our Tech Reporter Mikael. Plus, I rounded up some recent horror movie reviews in case you are looking for something to watch tonight!

P.S. — If you didn’t vote in the latest round of the Daily Dot Hall of Fame on Saturday, there’s still time! Scroll down below to see how to vote!

Walmart caught headlines earlier this year when it announced it would deploy remote-controlled robots in its parking lots. Of course, one TikToker had to go check them out in action.

Amazon CEO Andy Jassy violated federal labor law when he made anti-union comments during CNBC and Bloomberg interviews earlier this year, according to a recent complaint.

🛒 WTF
‘A cashier leaked he was going to be buying people’s groceries and they all just showed’: Rumors of MrBeast showing up at grocery store lead to chaos

A viral TikTok shows the chaotic aftermath of a purported Mr. Beast appearance at a grocery store gone wrong.

🎵 THAT ONE SOUND
‘I’m coming back for you, baby’: Carly Rae Jepsen creates the procrastinator’s TikTok anthem

The pop girlies are currently dominating TikTok, and one song in particular has seen massive success this month, inspiring a trend for all the procrastinators.

It’s the fourth week of the Daily Dot Hall of Fame voting! This week, we’ve got “Deceased Icon” nominees like Harambe, Grumpy Cat, and Leeroy Jenkins.

Want to vote for the next round of the Hall of Fame? Sign up for web_crawlr!

Celebrate the last day of the season with self-care

This is the perfect time for uplifting your mood, soaking in self-care, and connecting with your mind and body. The Black Magic CBD Bath Bomb was created to not only relax the body but to help stabilize the mood as well. A beautiful blend of lavender, chamomile, and Frankincense come together in this black bath bomb to assist in the relief of stress while giving your immune system the healthy boost it needs. Save 31% sitewide with code BOO.

🎃 ‘Barbarian’ is a promising win for low-budget horror

🎃 ‘Fresh’ serves up stylized body horror on a platter

💸 A DoorDash customer claimed the company is “absolutely ripping people off” after finding out the prices for items are allegedly different on the platform than on the restaurant’s website.

💨 Chip bags notoriously seem to have a ton of air in them. But what if there was only air in one of your bags?

🍕 A Domino’s Pizza worker shows himself delivering an order to an apartment complex just a few yards from the restaurant in a now-viral TikTok.

👀 This woman says she was fired from Claire’s. The only problem, she says? No one allegedly told her.

💎 This ‘champagne of pepper grinders‘ is the ultimate flex for bougie kitchens.*

📦 This former Amazon employee is going viral for explaining why they quit their job after just two days.

Earlier in the year, McDonald’s announced it was bringing back its customer-favorite Halloween Pails for a limited time.

Employees were vocal about the extra work preparing these buckets involved. Now, a McDonald’s employee had gone viral after recounting the entire Halloween Pail preparation and selling process.