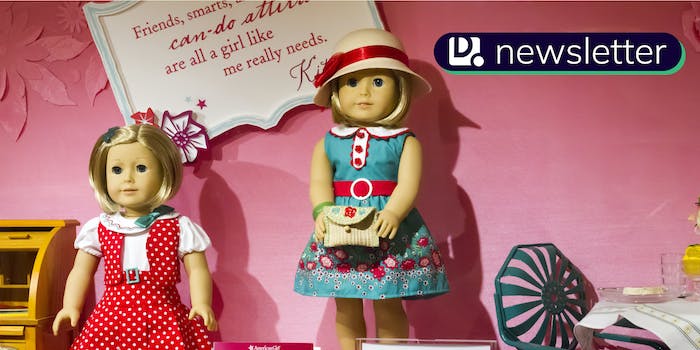 It’s Friday, which means it is time for our Culture Editor Tiffany Kelly to break down the dominant discourse of the week in her “This Week On The Internet” column and give us her pick for meme of the week.

Obviously, we also have a ton of the most essential internet culture news for you.

FAIL: Our Freedom of Information Act Intern Camryn Garza obtained documents that show the U.S. Customers and Border Protection boasted about getting “attention” before deciding to tweet about a tiny drug bust. Of course, the tweet was mocked relentlessly. That probably wasn’t the attention they meant.

STAR WARS: The Obi-Wan Kenobi series wrapped up this week, and our Culture Reporter Gavia recapped the final episode. She found the finale of the series brought a “dull conclusion” to the story despite a compelling performance from Ewan McGregor in the titular role. You can read her full recap here, but it does contain spoilers.

REVIEW: Our Culture Reporter Michelle reviewed Cha Cha Real Smooth, a coming-of-age dramedy starring Dakota Johnson and Cooper Raiff. Michelle says the film is “sweet without becoming too saccharine” and a “charming coming of age tale.” You can read her full review of the film, which is streaming on Apple TV+, here.

TIKTOK: Khaby Lame has squeaked by Charli D’Amelio to become the most-followed account on TikTok. The shift took place late Wednesday, just as the massive creator convention VidCon kicked off in Anaheim, California, after a tweet showed Lame, 22, and D’Amelio, 18, being tied at 142.1 million followers each.

We need an American Girl doll who runs a meme account

As a child in the ‘90s, I was obsessed with the American Girl brand.

I had accessories, books about cooking and being a teen, and even a computer game where I could create stories involving the brand’s historical girl characters. But the 18-inch-tall dolls were the most-coveted and popular item that the brand produced; everyone wanted one.

Decades later, the dolls are still popular, and they remain a big part of pop culture for the adults who grew up with them—some even bring their dolls to an American Girl Café.

So it’s not a surprise that American Girl dolls have become a meme in recent years. The latest iteration involves a play on the fact that each doll has their own backstory and accompanying book—such as an arcade gamer in the ‘80s, and a Hawaiian girl growing up during the 1941 attack on Pearl Harbor.

The “We Need an American Girl Doll Who” meme asks for American Girl dolls who have silly or niche backstories, like one who “got kicked in the head at Warped Tour while surviving off of a singular chicken nugget and a dream.”

According to Know Your Meme, the phrase “We Need an American Girl Doll Who” kicked off in 2019, but the meme didn’t become widely used until last month, when American Girl meme accounts began to post images that imagined new American Girl dolls.

A good chunk of millennials didn’t grow up with social media, so now we’re making up for lost time by making memes about all the products and activities we were obsessed with during our childhood and early teen years. This is how we deal with the passage of time.

Spice up your skincare routine

Unlock the power of your imagination with this exclusive skincare set from FOREO. Each limited-edition set includes everything you need to create your own unique skincare cocktail with fresh ingredients from your kitchen. Simply imagine, mix, and apply! Get an extra 10% off with promo code ADD10.

🍔 A McDonalds manager showed the broken glass and emptied safe in the aftermath of a burglary. The TikTok video including these claims went viral.

❓ A pair of viral TikToks show Kyle Rittenhouse with his supposed girlfriend, who reportedly posted the footage about their relationship.

💼 The anonymous owner of the startup-themed TikTok account Stopdown Life claimed the startup they work at now has more consultants than employees.

⛪ After a woman’s viral TikTok showed her mom kicking her out of her brother’s wedding, she said there’s no family animosity over the incident.

🍴 A TikToker filmed her date refusing to pay for her meal, and many viewers took her date’s side.

🥤 This award-winning, minimalist seltzer maker is a dream come true for every sparkling water addict.*

🏫 New York magazine’s vertical The Cut is being slammed over an article it published about alleged cancel culture in schools—one which frames teenage boys who commit sexual assault or abuse as the victims.

The “She’s a 10 but…” meme dominated TikTok and Twitter this week, and people can’t stop thinking of qualities that are references to fictional characters.