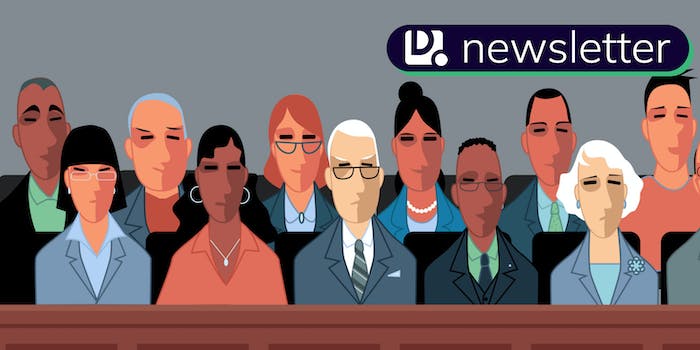 Today’s top stories include key reports on viral labor, a debunk about someone claiming to be a juror in the Depp v. Heard trial, and a review of the latest season of Stranger Things.

After that, I write about how President Biden has left the FCC unfilled for 500 days in my weekly “Tech Analysis” column.

VIRAL LABOR: Workers United has filed a claim with the National Labor Relations Board accusing Starbucks of illegally shutting down a store following unionization efforts there. Now the organization is hosting a “Twitter Storm” to draw attention to the company’s alleged union-busting.

DEBUNK: A man went viral for claiming that he was one of the jurors on the Depp v. Heard trial, but his claims were quickly debunked by people online. Our Deputy News Editor Victoria Gagliardo-Silver breaks it all down here.

STREAMING: Our Senior Culture Reporter Audra Schroeder reviewed the fourth season of Stranger Things, saying that the seven-episode run (with the final two episodes coming out in July) is “bloated” and “would have functioned much better as a movie.” You can check out her full review here.

Biden has left the FCC unfilled for 500 days

Many of you will recall the numerous times we’ve covered the seemingly endless nomination process of Gigi Sohn, President Biden’s choice to be the fifth and final commissioner at the Federal Communications Commission (FCC).

But the inexplicably long process—which has been fraught with Republican obstruction, and baseless attempts to derail her nomination—hit a grim milestone over the weekend: the Biden administration has gone 500 days without having a fully functioning FCC.

Biden’s wait until October 2021 to actually nominate Sohn was already historically long for a nominee to be named, with the president waiting nearly a year since first being inaugurated.

Since that October nomination, her nomination lapsed because the Senate didn’t vote on her by the end of the year, she went through two confirmation hearings after Republicans concocted concerns about her, and after making her way through the Senate Commerce Committee with a tie vote, Sohn’s nomination has languished as she awaits a series of votes on the Senate floor.

Sohn’s nomination is vital to the FCC. If confirmed, she would give Democrats a 3-2 Democratic majority, allowing for the agency to tackle issues that would require party-line votes like restoring net neutrality rules (among many other things).

While Sohn’s nomination (and the nomination of Jessica Rosenworcel to the chair of the agency) were hailed by internet rights advocates as a “dream team” for the future of the internet, the delays are causing some groups to criticize the latest “senseless delay.”

“The ongoing delay at the FCC is undermining the administration’s ambitious agenda, and it’s rewarding the corporations trying to derail the president’s priorities. But it’s hurting everyday people the most,”  Craig Aaron, the co-CEO of Free Press Action, said in a statement.

A fully staffed FCC could vote to reinstate net neutrality rules—which continue to be incredibly popular among Americans on both sides of the aisle, despite what Republicans in Congress would have you believe—but also reinstate the agency’s authority over the broadband industry, which the Federal Trade Commission (FTC) called for back in October 2021, when it released a report about the “staggering” privacy abuses of major internet service providers.

Another wrinkle: If the Senate doesn’t act soon, they risk the possibility of not being able to confirm Sohn after the upcoming midterm elections, should Republicans take control of the upper chamber.

If you want to read more about Sohn’s nomination process, I recommend that you check out our Contributing Reporter Jacob Seitz’s break down of it.

The gift of inspiration for dads

Spark your passion or take your favorite hobbies to the next level with Skillshare! Whether you’d like to learn about brewing beer at home, transforming your golf swing, or how to play the guitar with your little one—there’s a Skillshare class for just about any creative hobby or passion. Start your free 30-day trial today with code DADSKILLS.

💼 A woman has gone viral for exposing an HR recruiting trick they use to pay you less.

✈️ A TikToker says that Spirit Airlines workers threw away his plane tickets and then had him and his family removed from the airplane gate.

🎙️ A guest walked out of a podcast recording after a host told her to “shut the fuck up.”

📦 In a viral TikTok video, a woman shared her grievances with UPS amidst a three-month ordeal during which she tried to ship a $700 air conditioning unit she sold.

🦈 Heading to the beach this summer? Think again. These shark movies may make you want to stay on dry land for just a bit longer.*

🔔 A woman confronted her neighbor who she claims has been “harassing” her over her Ring doorbell camera in a viral video.

🚓 The grandfather of a Uvalde shooting victim confronts police at a memorial for the victims in this viral video. Many people online said they sympathized with the man.

A video has gone viral showing a “Karen” screaming at the top of her lungs at a Starbucks worker who can be seen looking at her and smiling throughout the outburst. When she finally leaves, everyone in the store starts applauding.

Now Playing: 🎶“Mets are the Best Team in the National League” by Mets’d Up Podcast🎶