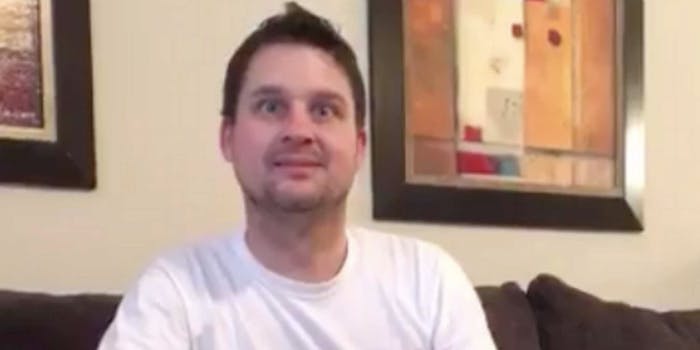 Nobody wants a grandchild for Christmas.

OK, that’s not entirely true. Plenty of men are moved and thrilled by the news that their kid is about to have a kid of their own. This guy, meanwhile, felt his blood run cold when his daughter Brooke—a high school senior—gave him baby socks as a gift, hinting at an ill-timed pregnancy.

so I got my dad some baby socks and made him think I was pregnant. his face had me dying. pic.twitter.com/V58GvMjmLI

Pushing the envelope as far as she possibly could, Brooke held out for a good, long, excruciating while before finally revealing that she was joking. And her dad’s tortured looks were well worth the effort.