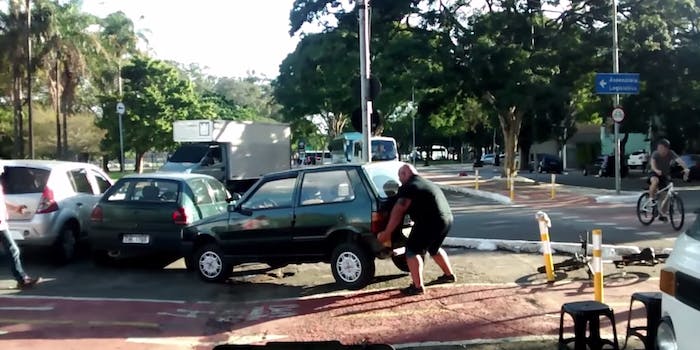 No big deal, just one dude lifting up an entire car and carrying it out of the bike lane.

If you’re a bicyclist and some idiot has parked their car right in the middle of the cycle lane, what do you do?

In most cases, the answer is probably “nothing.” It’s way too much bother to try and get the car removed, so you end up just cycling around it. Unless you’re this guy who decided to physically lift up the car and move it out of the way.

The best part is how he just calmly gets back on his bike and slowly cycles away once he’s done.