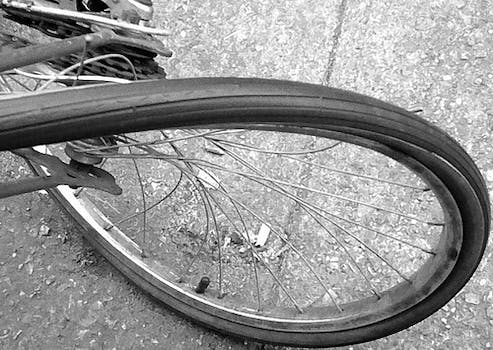 Cyclist gets hit by car, hits Reddit immediately after

In a city the size of Chicago, it's easier to hit a redditor than you'd think.

When a friend of Replibacon, an avid user of Reddit, told him he had just witnessed a hit-and-run last Friday, he immediately posted it to the social news site.

“I had just discovered the Chicago [sub]reddit,”  Replibacon wrote in a message to the Daily Dot. “I just posted it when I got to work, thinking it would be a good way to increase the odds of finding the trash who took off after the accident.”

As of this afternoon, the driver still hadn’t been apprehended.

That would be an extraordinary work piece of serendipity.

Almost as extraordinary as this: The bicyclist who was hit wasn’t just OK (the accident happened right in front of a hospital, after all), he had already posted his own story to the Chicago subreddit.

That redditor, ItsAFunnyThing, said he was hit hard enough to do “gymnastics” on the hood of the car.

“Wow, what are the chances?” wrote one Redditor. “Of all the people in the city, and less than 10k of them are redditors, this happens around/to 2 of them.”

“OH MY GOD,” joked another. “They are out for the Chicago Redditors now!”

Reddit is called a lot of things: a link aggregation site, a social news site. But the best description may be far simpler: a community.

But Reddit is public. It has neighborhoods with their own their cultures. And members tend to look out for another. It’s not just a place for a victim and witness to write their stories, it’s a virtual place where a victim and witness can actually bump into one another.

So though there’s no arrest in the case, witness and victim at least got to be reunited. Which, in the end, might not be so good for the victim.

“Sorry to say,” Replibacon to ItsAFunnyThing “he also indicated that it was mostly your fault.”

He added: “But we both agreed that this was not something to justify the motorist fleeing of course.”