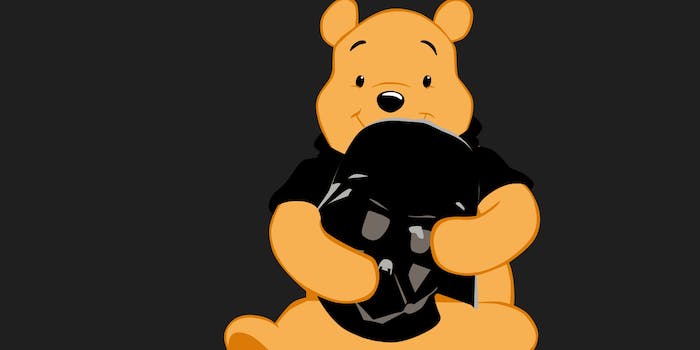 "She must have hidden the plans in the escape pod... Oh bother."

For as menacing as Darth Vader looks in the Star Wars films, he probably wouldn’t be as terrifying to younger fans if he didn’t have James Earl Jones’s baritone to back him up. And now we have proof.

At last year’s Connecticon, Jim Cummings, the voice of Winnie the Pooh, was at a panel with fellow voice actor Laura Landa when the two decided to perform a scene from A New Hope. It’s not uncommon for voice actors to act out in voices during their panels, but this is something else.

And with an audience full of people who grew up with both Star Wars and Pooh, they can’t get enough of it, particularly when Cummings starts to go into catchphrase territory. We could’ve never taken Pooh Vader seriously, but he’s great for a laugh until the Force comes out.

But just wait until the very end for another vocal treat.