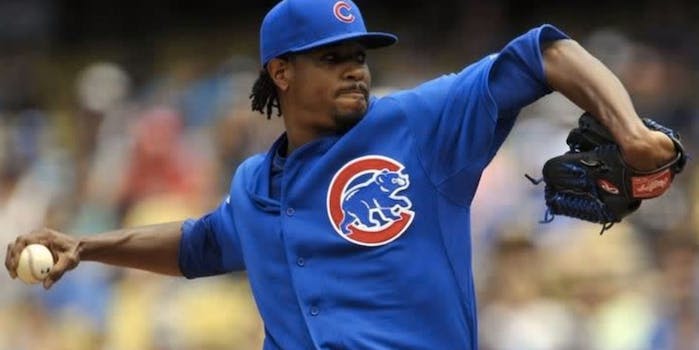 Edwin Jackson blames GPS for taking him to the wrong stadium.

Professional athletes have been known to conjure up some fairly creative excuses for showing up late to practice, or (to make matters worse) the actual game. Some of these fish tales make the tried and true “the dog ate my homework” number seem like amateur hour.

Edwin Jackson, a pitcher for the Chicago Cubs, was scheduled to start a Cactus League away game against the Oakland A’s on Tuesday, but Google Maps led him astray on his way to the ballpark. Seems between 2014 and 2015, the Athletics moved their Spring Training headquarters from Phoenix Municipal Stadium to Hohokam Park in Mesa, Ariz. In 2014, the Cubbies moved to a new facility, Sloan Park, leaving the venerable Hohokam empty for one season. The A’s moved in to Hohokam (a miniature replica of Wrigley Field) this year. Apparently, neither Google Maps nor Jackson got the memo. 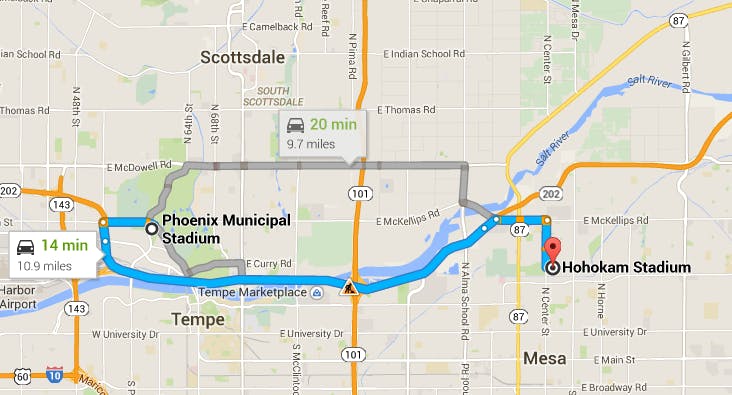 To add some pine tar to this tale, it must be pointed out that Jackson—playing for his eighth team in 12 years—played in Phoenix for the Arizona Diamondbacks for part of the 2010 season. Either he didn’t get around the Valley of the Sun very much, or was busy figuring out ways to spend his $11 million annual salary.  A lack of geographical acumen is not Jackson’s only shortcoming—the team is trying to figure out a way to dump the underperforming veteran pitcher and his costly spot on the roster.