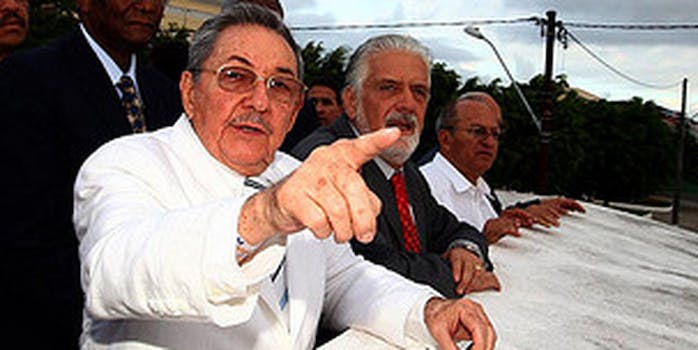 Although Cuba isn't offering Snowden asylum, Castro supports the offers made by Venezuela and Bolivia.

“We support the sovereign right of…Venezuela and all states in the region to grant asylum to those persecuted for their ideals or their struggles for democratic rights,” the Associated Press reported Castro saying at a meeting with the country’s national assembly.

In his speech, Castro said he was aware of the surveillance operations of the U.S. and called Cuba “one of the most harassed and spied-upon nations on the planet.”

Castro didn’t go so far as to offer asylum for Snowden in Cuba. Still, Castro’s support could be crucial for the whistleblower who is currently stranded in a Russian airport. If Snowden chooses to accept asylum in Latin America, the most direct route to his new country would likely be a flight from Moscow through Havana.

While not exactly a surprise, Castro’s support illustrates the strained ties between the United States and much of Central and South America. In his speech, Castro mentioned a Cuban-born anti-communist operative named Luis Posada Carriles. Posada Carriles is wanted in Cuba and Venezuela in connection with the 1976 bombing of a Cuban passenger plane. According to the Associated Press, he has lived in the U.S. since 2005, where he was tried and found not guilty of any wrongdoing.