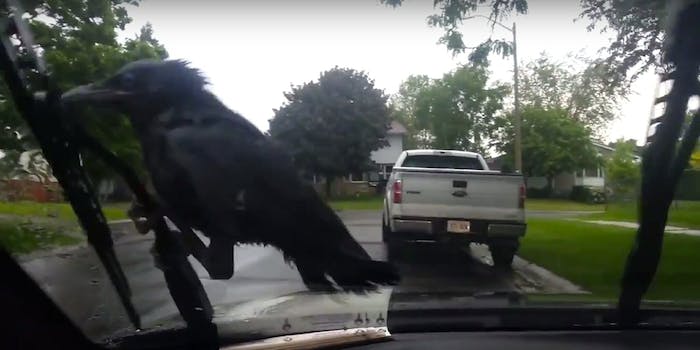 This crow just got the ride of its life, and it didn’t even have to take to the air to do it.

Thomas Merkel found the bird perched on his windshield wipers like it was hanging out on a tree. Instead of trying to shoo it off, Merkel turned on the wipers in an attempt to shake it off. The crow must have incredible talon-gripping strength, because not only did it stay on, it managed to find the rhythm of the windshield wipers and even bob along to the music playing inside the car.

There’s no wiping this one off.