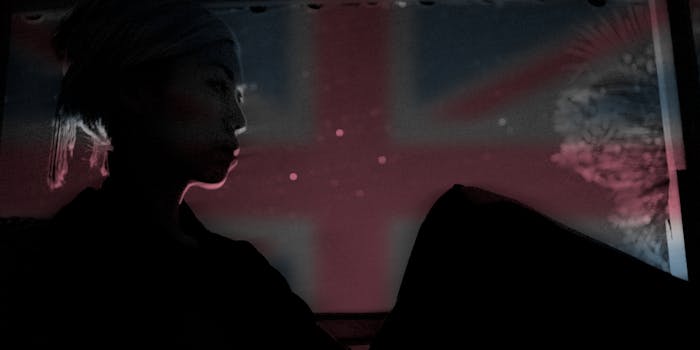 Punishing women for their desires isn't pleasurable for anyone.

Many women have rape fantasies, and this is mine.

I’m at a party. As is the case with most of my dreams, I’m back in high school, and I’m at my friend Sophia’s house. I’m waiting in line for the bathroom, and I start making small talk with a dude in line. The conversation is just OK and he’s not super attractive—for some reason, he is also always wearing a polo shirt—but the exchange is non-committal and pleasant enough.

When it’s my turn to go in, he follows me in and locks the door behind us, saying something to the creeptastic effect of “I’ve been waiting all night for this.” Before I can scream or fight back, he pins me to the floor, and we proceed to have the craziest, most decidedly non-romantic and decidedly non-consensual sex ever.

There are two things I would like to make clear right off the bat. The first is that dreams like mine are incredibly common. Studies have shown that an estimated four in ten women, or between 31 to 57 percent of women, have confessed to having fantasies about coercive, violent, or non-consensual sex with a median frequency of at least once a month. That’s an awful lot of women fantasizing about sexual assault, regardless of how abhorrent or horrifying they find the prospect of it happening in real life.

This brings me to the second point, which might seem obvious but is one that many have difficulty grasping: It’s a fantasy, and I do not want anything like this to happen to me in real life.

Like most women embedded in rape culture, I’ve spent a good chunk of my life in sheer terror that anything like this will ever happen to me, and if it ever did, I would scream, snarl, cry, bite, kick, and do everything in my power to make it stop. I’m a feminist who is not remotely attracted to rough or aggressive men, nor do I even particularly enjoy rough and aggressive sex. Yet for whatever reason, the idea of having non-consensual sex with a polo-shirted stranger is not nearly as repellent to me as it would be in real life.

Yet the provision is problematic in the sense that it doesn’t make any clear distinction between simulated and non-simulated non-consensual sex acts. The provision merely states that an image is illegal “if it portrays, in an explicit and realistic way…an act which involves the non-consensual penetration of a person’s vagina, anus or mouth by another with the other person’s penis.” (It neglects to mention whether a sex act qualifies as non-consensual if it’s committed by someone who doesn’t have a penis, like a woman or a trans person, because I guess Parliament thinks that women and trans people can’t be rapists? But anyway.)

There’s just one problem with that, though: There isn’t actually any evidence of the “cultural harm done by such pornography.” (In this context, I’m using “pornography” to refer to “simulated acts of non-consensual or violent sex.”) In fact, there is a pretty strong argument to be made for its therapeutic benefits for those who actually harbor violent and sexually aggressive tendencies.

And I think the British government, like most of us, is a little scared and confused about sex, and the enormous chasm between what we privately desire and what we actually want in bed. The only difference is that they’re trying to impose their confusion on the rest of us, without letting us figure it out and untangle the mess on our own.

I said earlier that I didn’t know why I find the idea of having non-consensual sex with a polo-shirted stranger exciting, despite the fact that I loathe the very idea of anyone being forced against their will to have sex (not to mention the idea of anyone wearing a polo shirt unironically) to my marrow. But here’s what I do know: When we’re talking about sexual fantasies, it is both stupid and unnecessary to discuss their real-life implications. That’s like telling someone you dream about owning a yacht and that person saying, “But wait, what about the maintenance costs?”

I will never own a yacht, so I don’t feel guilty about not worrying about its maintenance costs. I feel the same way about having unorthodox or politically incorrect fantasies. And I hope against hope that the British government will ultimately come to the same conclusion.

Photo via craigCloutier (CC BY 2.0) | remix by Jason Reed