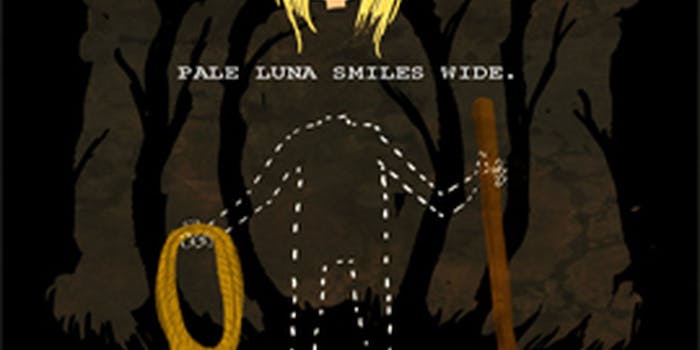 Want to know where the hardcore stories are?

In the Daily Dot’s guide to creepypasta, we brought you quintessential examples of the Internet-spawned horror genre that combines urban legends with Internet culture. But maybe you’ve read the Dionaea House, watched Marble Hornets, and even managed to make it through the psychedelic horrorfest of Candle Cove. After all, those are the classics that everyone’s heard of.

Want to know where the hardcore stories are? Think you can make it through all seven minutes of Suicide Mouse?

Then read on for 13 gruesome, terrifying tales of Internet horror, mind-bending paranormal encounters, and outright depravity. You might want to leave the lights on.

Genuinely creepy and full of extremely well-crafted world-building, this creepypasta about a possessed instance of a ‘90s Nintendo game appeared on 4chan and eventually revealed itself as a ploy to start a clever alternate reality game.

Though the game had a rocky progress, the creepypasta itself was engrossing, especially since it came with multiple video clips from the demented gameplay.

This gory, grisly story of a social experiment gone horribly wrong is definitely not for kids or the faint of heart, but if you can make it through the whole thing, you’re guaranteed to have sleepless nights at the end of it. Which is kind of the whole point.

Originally posted to Reddit’s No Sleep forum, this epic story about a serial killer and a host of nightmarish childhood memories won the No Sleep prize for October 2011. The Kickstarter campaign to publish it as a novel, Penpal, raised over $15,000. Read or listen to it here.

Speaking of nightmares and childhood, there’s nothing like combining grotesque Expressionist horror with audio of terrifying screams over looping footage of Mickey Mouse. We don’t know what it is, but two million mesmerized YouTube views of this nightmare fuel can’t be wrong.

This No Sleep entry combines the classic “don’t go in the basement” trope with a twist borrowed from Japanese horror and other tales of the grotesque.

For fans of epic creepypasta involving lots of world-building, the Holders series is perfect. The premise? There are 538 mysterious objects, each containing a special sinister power. The objects, and their holders, must never come together.

A type of built-on story project similar to that of the Holders, but with an even bigger maze of terror to get lost in.

A horrifying tale of computer malware versus your poor confused grandparents.

It’s almost scarier that nothing paranormal is going on in this tale of a creepy bootleg copy of a videogame with a secret.

This bizarre short story by writer Theodore Sturgeon is as mind-bending as they come.

In this terrifying “found footage” YouTube video, a group of British teenagers are murdered under horrific circumstances after getting “lost” along a dark stretch of highway.

A classic psychotic breakdown into insanity… or is it?

Posted as part of a fandom horror fiction meme on LiveJournal, this short story by rheanna27 is the essence of viral meme horror, with its final haunting line suggesting that a stultifying reign of international terror is only a social media network away.

Got more?  What absolute must-reads have we left out?  Let us know in comments!