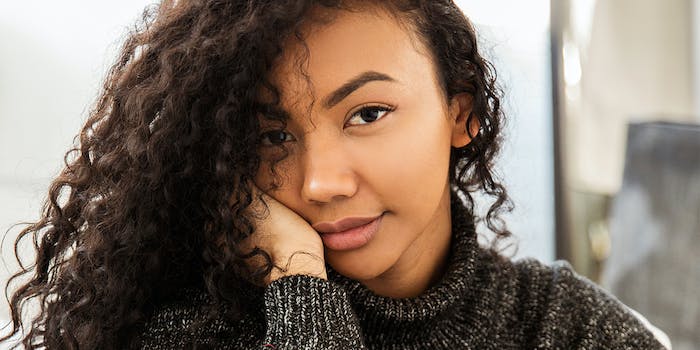 'I don't ever want it to seem like I ALWAYS have it together.'

This week, we caught up with Asia Jackson via email. Jackson is a content creator whose vlogs and posts center around lifestyle, self-care, skincare, fashion, and activism. Jackson is also an actress and has appeared on shows like Modern Family, Speechless, and The Young and the Restless. She has more than 440,000 subscribers on YouTube, and over 82,400 followers on Instagram.

The interview below has been condensed and edited.

What’s the first thing you do to start your day online?

I check my email, notifications, and comments. I have a large international audience, so they interact with my content while I am asleep. My audience is a huge part of why I’m able to do what I do, so I always try to respond to questions or comments just to let them know that I’m grateful for their time and appreciate their interest in my content.

I wish I knew how important organization was. I remember when I first started creating videos in 2016, I was so excited to build my career as a creator. 5 years later, I’m living the life I dreamed of years ago but there is A LOT more work and organization required at this tier of a creator’s career. I wish I would’ve honed and built these organizational skills when I had more time to do so.

When did you realize you’d broken through and become a successful creator?

I knew I broke through when I started getting paid brand deal offers, getting invited to events like VidCon and BeautyCon, and receiving press requests from large media companies like Vogue, NBC News, NY Times.

If you hadn’t become a creator, what would you be doing right now?

I taught myself to code and build websites when I was eleven years old. So when I went to college, I figured I’d major in either computer science or computer information systems. And that’s what I went to school for before I dropped out to become…whatever I am now haha.

While I was in college, I had a side hustle building websites for small businesses, entrepreneurs, and celebrities so I’d likely be working in web development right now. But honestly, I am having so much doing what I’m doing. I love being able to tell stories authentically, push the envelope on representation, challenge the status quo, and encourage young women to be the best versions of themselves. The work that I do now is so fulfilling and I’m so grateful.

What’s one thing you do to manage your relationship with your fans?

I love being able to have chill conversations with them on live, but I also love having ~discourse~ with my fans. It’s really difficult to do in the comments section or in tweets because of the character limits and all that, so I created another platform to be able to have more intimate relationships with my audience on Substack which will be launching mid-September.

What do you think of the idea of cancel culture?

I don’t think it quite has the impact that people think it does. I don’t think anyone truly gets cancelled. I have seen creators say the most horrific, vile, racist, homophobic things yet people still support them and watch their videos even if they weren’t apologetic or changed their behavior.

I believe in holding public figures accountable for their harmful behavior. I’ve been held accountable for my behavior on multiple occasions. Some people do take it too far, you get death threats and all that but the bigger picture is that I either did or said something harmful. I can apologize all I want but if I don’t exhibit changed behavior then I haven’t grown or improved as a person. I don’t want to contribute to a world where anyone can be harmful without consequence. We all deserve better than that.

How much of your true self do you show online?

I want my audience to see how there’s ups & downs in life and failure is inevitable but you can still wake up the next morning and have a better day. You can still continue to chase your dreams because one roadblock doesn’t knock you off the path, it just shows you an alternate route.

In October 2016 I created a viral movement called #MagandangMorenx which literally translates to “beautiful brown skin” to challenge colorism in Filipino communities and to celebrate the diversity of Filipino beauty.

When that movement started trending, I received an email from someone who said that looking through this hashtag changed their mind about getting glutathione injections–a popular yet controversial skin whitening treatment in the Philippines. I had no idea that me speaking about my authentic experience could have affected or changed someone’s life like that. That’s when I realized the true power & potential of social media. It can be used for bad, but I intend to use it for good.

What is your most treasured tool?

Honestly, my iPhone. I have a bunch of camera gear and equipment and I have a suped up desk setup but if I ONLY had my iPhone, I could still get all my work done. I could film, edit, answer emails, take photos, do everything on that little device.

What holds you accountable?

My mom. I’m not joking. If I miss an upload day she will literally be like “why haven’t you uploaded today? You were doing nothing all week.” Nothing gets past my mom hahaha

Thank you, Asia, for talking with us!

We’ll be featuring a new Q&A with a creator every week, so shoot an email to [email protected] for a chance to be included.