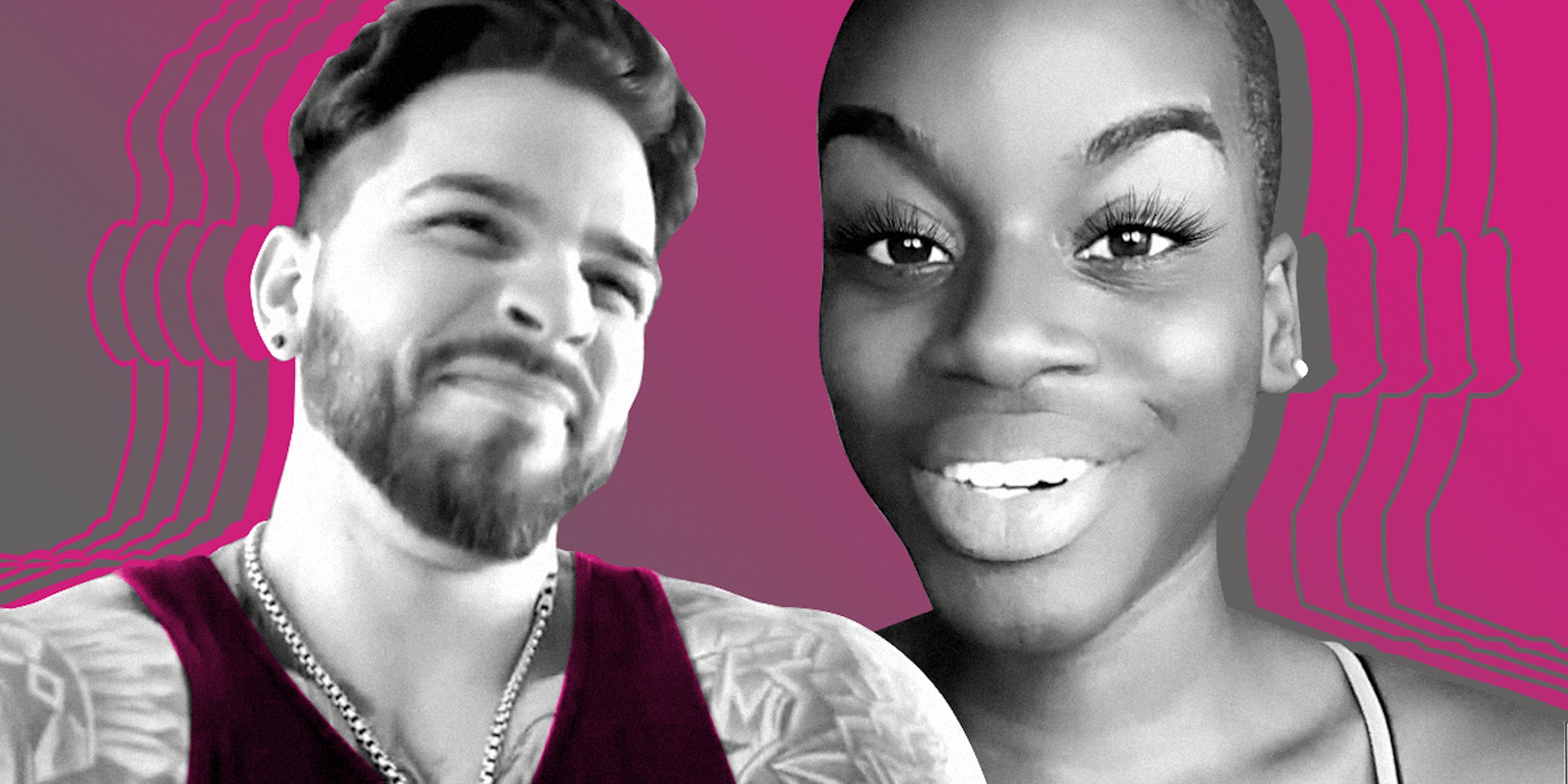 ‘We are all commiserating over dating experiences’: Welcome to DatingTok, where there is community in the chaos

Dating TikTok sits in a corner of the internet where we’re not being told to buy something, and it’s not designed to make us jealous.

Even though I solidly identify as a member of Gen Z, I put off downloading TikTok for way too long. The reason, I kept telling myself, was that I already spent far too much time online. But as my friends kept sending me TikToks that ran the gamut of making me audibly laugh out loud or gasp in shock, I knew I had to just finally bite the bullet.

And I’m glad I did because, through the app, I was introduced to dating TikTok, or “DatingTok” as it’s come to be known on the platform. I started seeing dating TikToks when I began yet another situationship earlier in the year (another example of the For You Page being scarily accurate). Like this one from keytells, who laments the mixed signals we get when someone spends a ton of time with you, tells you their deepest secrets and insecurities, yet doesn’t want a relationship.

It seemed like during every stage of the situationship I was in, TikTok had a sound, skit, or mother figure giving advice for it. DatingTok, ties all those videos together, all through the #dating. There is no one type of video that defines DatingTok. Rather, it’s the commonality in exploring the ups and downs of dating that makes DatingTok what it is. This is juxtaposed by relationship TikToks, where you can find users chronicling all the cute things that their partners do for them, or joint accounts where couples act out sounds together.

While relationshipTok is like the first friend in your group to get engaged (“I’m so happy for you but also disgustingly jealous”), DatingTok is that friend you reach out to when that guy who’s not your boyfriend, but is your boyfriend, ghosts you for the third time that month.

One of the things that sucks most about dating is how dumb you can feel. You can get in your own head and feel like no one is having as hard of a time with dating as you are. It’s incredibly isolating, and that feeling of isolation can be detrimental to your self-esteem. But that’s where DatingTok comes in. No matter what situation you find yourself in, you can always find someone making a funny sketch, or an informative video, or creatively using a sound that addresses it.

Take a creator like Joy Ofodu. One of the most popular videos on her account, about the lengths that people go through to find information about the people they are dating, has amassed over a million views. In it, Ofodu, acting as a team of FBI agents, uses her investigative prowess to discover the identity of a mysterious girl who is briefly in a crush’s Instagram story.

The video serves two purposes: It creatively shows how good we are at finding the information we want to find while also making us feel normal about behavior that, on its face, feels odd. Who among us hasn’t gone through a social media deep dive to find out some information? Who doesn’t know how simultaneously satisfying and disappointing it is to find your instincts about your crush dating someone else were right?

“We are all commiserating over dating experiences, but one thing that I wanted to bring to dating TikTok, an audience of mostly adult women, is that dating can be really fun and really funny,” Ofodu says.

Cindy Noir, known as eboni_qt on social media, and whom Daily Dot recently profiled, says that her part in DatingTok comes from a desire to help her audience avoid dating burnout. A creator with over 450,000 followers on TikTok, Noir creates videos that act as vignettes of advice that people can watch to gain more knowledge and perspective on some of their dating pitfalls.

Noir says that her content and advice come directly from the lessons she learned from her own dating woes. “I make it a point to advocate and share things that I’ve learned from dating because those are lessons that helped me, and my goal is to help other people,” she says. DatingTok isn’t just about commiserating about what’s gone wrong in our dating lives; it is also useful in helping us grow and learn from those experiences.

Then there are accounts like confidencechris. Real name Chris Nappi, he’s fashioned himself to be the guy friend that you might not have, giving you all the secrets of why guys act the way they do when dating. In his TikTok captioned “Stop wasting your time,” Nappi uses a stern voice to implore viewers to stop asking for the truth from a partner who lied to them. “If they are willing to lie to you, they do not care about you. That should be the closure. That should be the explanation,” he says in the most matter-of-fact tone. His videos can be like the most disgusting, cold medicine: It does what it needs to do, but boy is it hard to get it down.

When you’re scrolling through relationship TikTok, it can be a barrage of couple after couple. If you’re unhappily single (or even happily single, for that matter) seeing that type of content can make you feel lonely. You start to feel like everyone is in a happy, perfect relationship. But that’s not always the case.

“It is very hard to capture the authenticity of a relationship on social media,” Noir says. Noir, who is in a happy relationship, says that when a creator’s goal is to gain views, it can cheapen relationships. The expectation for couples on TikTok is that their relationship is perfect 24/7. While she admits that there are some genuine couples on RelationshipTok, she feels DatingTok is more authentic, as it spotlights real, lived-in experiences.

Ofodu feels similarly. She says that on RelationshipTok, you can see that the couple is in cahoots to make good content. DatingTok feels like you’re watching content made by your friends. No one expects her to be perfect at dating, and she embraces the fact that she’s not a dating guru. “I’m not perfect and I’m not trying to teach you anything … at the end of the day, I’m just telling my stories,” she says.

And those stories of imperfection and growth through dating can be healing for those who have found themselves on DatingTok. Noir says that every time she posts a video, she’ll get a barrage of comments telling her “this is exactly what I needed.” Ofodu shared that one of the most meaningful responses she gets on her TikToks are the ones she receives from men who claim that her TikToks have made them think differently about dating. She says she’s even had men use her videos to hold other men accountable. “I’ve seen men repost my videos and say, ‘Fellas, we need to do better!’”

It seems that the most valuable thing that DatingTok has shown me, is that no matter how embarrassed we feel, no matter how bad at dating we think we are, we are not alone. DatingTok sits in a corner of the internet where we’re not being told to buy something, and it’s not designed to make us jealous. DatingTok serves no purpose but to make us feel seen. Dating can be scary, lonely, and chaotic. But the millions of #dating videos do a great job at reminding us that there is community in the chaos.

Chika Ekemezie is a freelance writer who writes about sex, dating, and the politics of life. She runs a weekly newsletter called twenty-something, where you can find non-answers to all the questions that 20-somethings are asking. You can find her work in publications like Cosmopolitan, VICE, MEL, and Bustle, and you can always find her on Twitter and Instagram. She's currently based in Philadelphia, but you can never take the Jersey out of the girl.