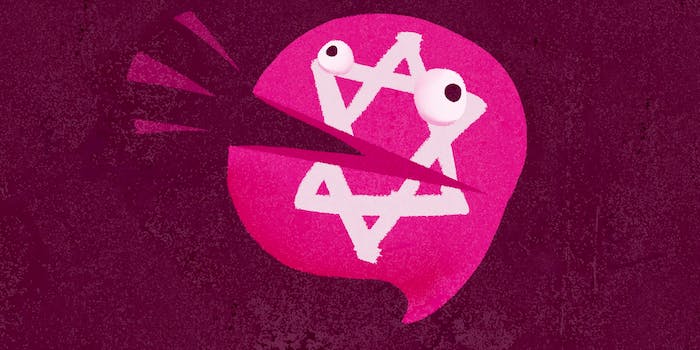 At some point, every close knit mother-daughter relationship takes a turn toward Crazytown. Kate Siegel and her mother Kim Friedman, however, have never left the place.

It goes a little something like this: Mom and daughter love each other, but they want to kill each other. Mom knows all of her daughter’s sensitivities and constantly brings them up. It all plays out on @crazyjewishmom, the Instagram account that documents their volatile, playful, and guilt-laden text conversations, which usually concern boyfriends (get married already!), making babies (because the biological clock is ticking!), the vajay, the family pet Thor (he’s humping the Thanksgiving turkey!), and financial insecurity (you quit your job to write this book about me?!).

So you find texting to be passive-aggressive?

Kim: I don’t find it passive-aggressive. It’s more controlling. You can control the conversation.

Kate: You know with my emails, I go in every so often and look. Whereas you know that when I get a text, I’ll look because my phone vibrates

In terms of the way you two engage via text, I noticed that there’s a specific dynamic going on. Kate gets annoyed or has an emotional reaction to your craziness, Kim, and because she keeps engaging with your craziness, she gets laughs. But they are always at her expense. I also got a better sense of your personalities beyond just the jokey texts. Kate, you seem like you’re someone who enjoys a level of stability and consistency, whereas Kim, you come across as a risk-taker. So I found it ironic that your mom’s pushiness and eagerness about your life and career actually transformed into the thing that made you both personalities online.

Kim: She actually was kind of a risk-taker growing up. She’s an incredible singer. She was a performer first. I felt like, fearless! She was way out there, but she did always think that she was too far-out.

Kate: I am very thoughtful, and I try to evaluate situations more carefully than just jump into things as a macro life-rule. I’m not averse to taking risks, doing exciting things. In the dynamic, as it plays out in the Instagram, my mom is for sure more in that direction than I am.

Kim: In a funny way, I disagree with you. I was appalled that you quit your day job. I mean, it’s nice that she is doing this book, she is writing, but she has no job and lives in a hole in Brooklyn. We lived in a house in L.A. I actually think she’s unfortunately turned into the opposite now. She’s a loose canon!

Kate: I think she’s stressed out. She’s having a panic attack about, she doesn’t think anyone is going to buy this book—she’s handing out my résumé like she used to give out my number to men.

Kim: Alicia, let me send you Kate’s resume—she could do stories like this for the Daily Dot!

Do you feel like, with Mother, Can You Not?, you’re writing memoir, or comedy—or both? Or autobiography? Or something else?

Kate: I don’t think it’s an autobiography at all. All of the stories are centered around my relationship with my mom, so it’s a very specific set of experiences that are all centered around our relationship and fun things that we did together. It’s probably a cross between comedy and memoir.

Kim: You haven’t earned an autobiography.

Kim, I’m curious about your background as a TV director. What shows did you work on? And I know you left L.A. to live in New Jersey, closer to Kate, who was at Princeton and now lives in New York. Did you retire?

Kim: I really stopped working a lot when Kate was applying to college. Trying to be a full-time mom and a work as a full-time director is hard. Working full-time and having a kid is hard, whether you’re a waitress, nurse, doctor, whatever. Directors are a little weird, you can be there at 5am and be off at 10pm. When she was thinking about college, I slowed down. I wanted to be around full-time. I’m also a controlling drone mom, helicopter, whatever you want to call it. Then she went to Princeton…

Kate: She chased me to the East Coast.

Kim: She’s my only child, too, so we have that syndrome. Now I’m in Jersey and doing what I want to do. I was a theater director before I came to L.A. Then I stayed in L.A. and got married, did TV. Now I have two secret desires. The first is to be a disc jockey on the radio. The second is documentary/docu-reality films.

Mother Can You Not? (Crown Archetype) is available now via pre-order, and officially goes on sale April 5.