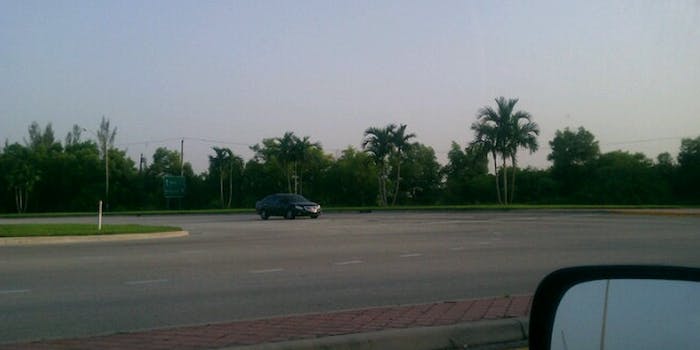 Kayla Mendoza, 20 years old and a self-proclaimed “pothead princess” from Miami, authored a familiar sort of Twitter account, posting mainly about her love of drugs and booze. That habit of documenting her intoxication will almost certainly lead to legal consequence in the days ahead: Just hours before she swerved onto the Sawgrass Expressway and hit another car head-on, killing both occupants, she had this to say: “2 drunk 2 care.”

Mendoza, driving in the wrong direction, collided with a Toyota Camry driven by Marisa Catronio, pronounced dead at the scene, and Kaitlyn Ferrante, who passed away in a hospital after clinging to life for another day. Mendoza herself is being held in serious condition at the same facility. The deceased had spent Saturday night celebrating Catronio’s 21st birthday and were on their way home when the accident occurred, around 1:45 a.m., Miami New Times reported.

No charges in connection with the crash have been brought against Mendoza so far, but her digital trail certainly paints a damning picture of a direly irresponsible person who nonetheless found the time to judge others’ lifestyles.

I have a test at 8am, why am I drunk right now

Didn’t realize how shitfaced I was last night til I woke up sober this morning.

Something tells us that her injuries and the social media beating she’s taking right now are nothing compared to a lifetime of guilt.

Mendoza has not yet been charged with any crime in relation to the crash.

Update: Kayla Mendoza’s family claimed that her Twitter account had been hacked and that someone else had written most or all of her 5,000 tweets, according to the Broward Palm Beach New Times. “All we can say is that someone is posting lies on there. It’s slander on her Twitter. It’s heinous, and whoever hacked it is very sad, that they would post such annoying comments,” one of Mendoza’s cousins said.