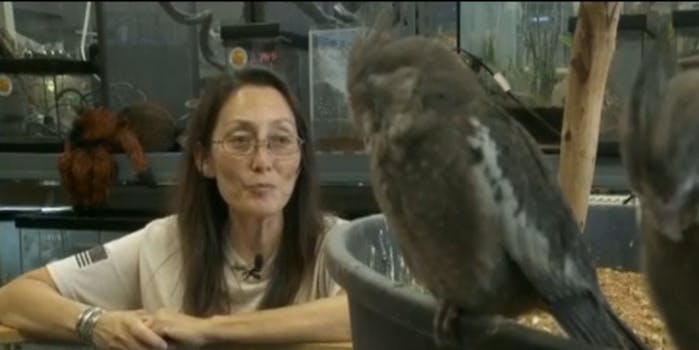 Someone on Craigslist is trying to sabotage an exotic pet shop

The person behind the threats may be an illegal snapping turtle dealer.

Pet store owner Naomi Berry was just trying to be helpful. She politely texted a Craigslist user to say he or she shouldn’t be illegally advertising common snapping turtles for sale in California.

No good deed goes unpunished, as they say.

“Now ur mouth has gotten u in trouble… I’ll be there soon…” the turtle seller told Berry. “I know where ull be every day… so I can show up whenever I want.”

Along with the threatening text messages, Berry spotted a Craigslist ad offering illegal American alligator hatchlings. The now-removed listing, which was completely fake, appeared to be from Berry’s Lodi, Calif. exotic pet store, and included the business’s address and opening hours.

Berry rebuffed the claims in the ad, claiming she’s the victim of a smear campaign. Police don’t believe the text messages are a tangible threat to Berry. She’s more worried about the effect the Craigslist attack will have on her reputation.

Fortunately for Berry, the person behind the harassment hasn’t discovered Yelp, where her business maintains a glowing 4.5-star rating.