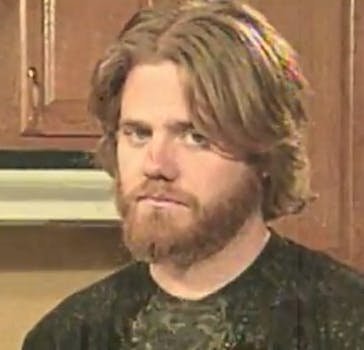 The seller doesn't want the car debris any longer because "weird shit has happened since I put it under my bed."

Taking possessions from the dead without permission, no matter how minuscule, can come back to haunt you.

A Craigslister is offloading “minor parts” of the car in which former Jackass star Ryan Dunn met his demise in 2011. Dunn and a passenger died in a drunk-driving accident in the West Goshen Township, Pa. area, and at least one person seems to have dropped by the crash site to pick up some of the debris.

As Jalopnik first reported, the seller is looking for $300 for the spooky parts. That person doesn’t want the detritus any longer because “weird shit has happened since I put it under my bed.”

The seller, obviously a Jackass fan, claims to have dropped by the site around a week after the crash and thought the smaller-than-a-shoebox particulars “would be a cool something to have.” Alas, no longer.

The mystery person, who listed the item on the Philadelphia Craigslist site on March 10, claims to have photos of the crash site as proof the car parts are from Dunn’s vehicle.

There’s no word as yet on the creepy goings on that have caused the seller to ditch the debris. Perhaps Dunn’s pal Bam Margera shows up from time to time to whup the Craigslister in the face with a skateboard. Maybe the seller can’t go any-damn-where without hearing the dulcet tones of HIM singer Ville Valo. What if Dunn is a haunting presence in dreams?

Until the seller responds to our emails, it’s tough to say for sure.