When something smells fishy, it’s best to proceed with caution. Thankfully, one woman followed her intuition with an attempted Craigslist scam that could’ve left her $60 poorer, with just a handful of tuna to show for it.

The victim agreed to meet up with 29-year-old Russell Dylan Musgrove in an Arby’s parking lot to buy a PlayStation 3 for $60, having originally seen too-good-to-be-true deal on Craigslist. In the post, Musgrove said that he was desperate to get some money because he was “in a bad spot and out of gas.” 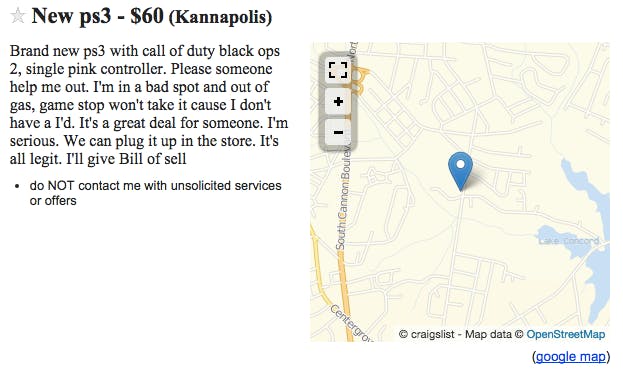 At the meet-up, the woman sensed something was wrong and asked that Musgrove open the bag that was supposed to contain the gaming console. He countered, saying that he wouldn’t hand over the bag unless she passed along the cash. Turns out that there wasn’t a PS3 in the bag—just a blanket and tuna cans.

Apparently, Musgrove was in his car as this swap was going down, so he snatched a $20 bill out of the victim’s hand and sped away. Her boyfriend, who was waiting in another car, wrote down Musgrove’s license plate number. The victim was also able to snap a picture of the tuna scammer before he made his grand getaway. 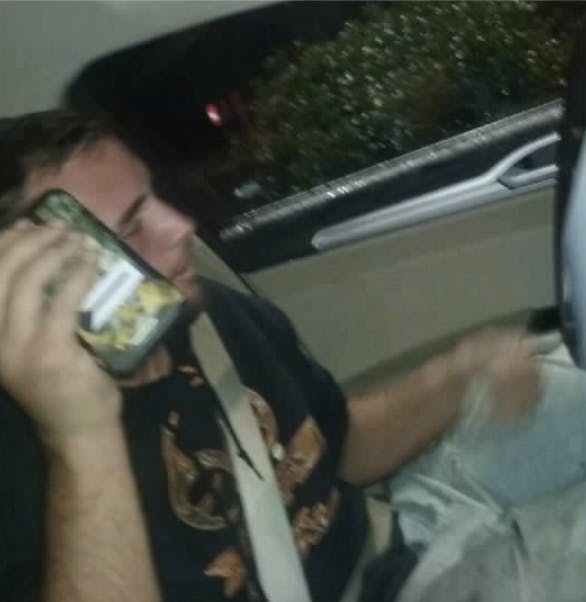 Both the license plate number and picture helped police track down Musgrove, who remains at the Cabarrus County Jail after his arrest.