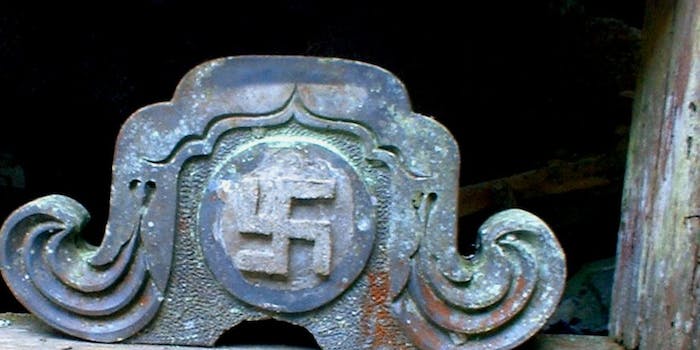 Craig Cobb hopes to take over a tiny North Dakota town and make it his own neo-Nazi heaven.

A white supremacist plans to create a neo-Nazi enclave on U.S. soil—and he’s turned to Craigslist to populate it.

Craig Cobb, who’s wanted on hate speech charges in Canada, snapped up a two-story home and a dozen other lots in the 24-person town he moved to last year. Until now, he kept his true strategy quiet. But if he has his way, Leith, N.D., will soon be known as “Cobbsville.”

Cobb, 61, turned to Craigslist and message boards as he sought other nationalists to immigrate to the little town. He hopes to fill it with like-minded people draping Nazi flags everywhere. Cobb seemingly chose the town, which he apparently plans to take over through property ownership and elections, because it is close to well-paying jobs at oil fields.

“A few [well-known white nationalists] know of this plan; fewer still know the exact place. Suffice to say, you could also make it into the Bakken area to go for a job there too,” Cobb wrote on a white supremacist site, the Bismarck Tribune revealed last week. “I want people to move now and quietly get going here without letting the cat out of the bag.”

Cobb bought his first Leith property in 2011, and paid around $8,600 for the home and plots. He sold or transferred ownership of some of the land to four others, according to The New York Times‘s John Eligon. So far, none have moved in.

Shocked residents are trying to buy back Cobb’s land after learning of his intentions. However, the council has a drastic failsafe if enough of Cobb’s cohorts move in to vote out the current legislature—they will dissolve the town first.

Leith has one black resident, Bobby Harper. He and his wife Sherrill plan to stay, despite Cobb describing her as a “filthy race-mixing white woman” online.

Meanwhile, in a Facebook post, Eligon, who is black, described his experience of interviewing Cobb. He paints Cobb in both his note and the Times piece as a fast talker who “inevitably” veers toward racial slurs. He’s also someone who–despite his wish to not “let the cat out of the bag”–appears to inevitably draw attention to himself. And that just might be the biggest flaw in Cobb’s grand plan.