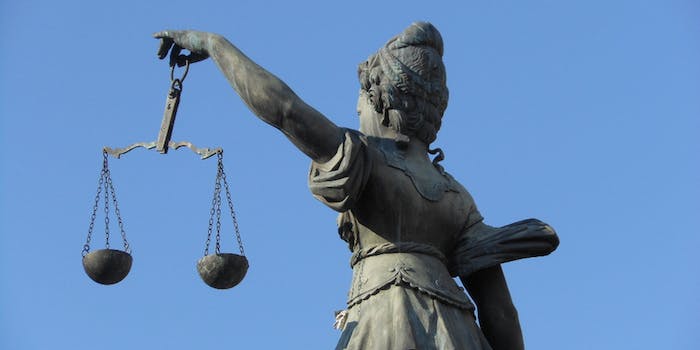 Patent trolls dealt another major blow by the courts

Copyright trolls, the pejorative term for shell companies that seek to turn a profit by filing aggressive and baseless copyright litigation, were dealt a major blow by a federal court of appeals this week.

The U.S. Court of Appeals in Washington, D.C. ruled that a major linchpin of the copyright troll business model, the ability to compel Internet service providers (ISPs) to turn over the identities of large numbers of Internet users, was illegal.

The ruling comes in the ongoing case of AF Holdings, which had sought the identities of more than 1,000 Internet users it claimed were linked to the illegal downloading of a copyrighted pornographic film. The ISPs initially refused to give up the names, but AF holdings was able to obtain subpoenas for the information.

These subpoenas were upheld by a lower court, but an appeal was filed by several groups, including the Electronic Frontier Foundation (EFF and the American Civil Liberties Union (ACLU). These groups prevailed this week when the court ruled that AF Holdings could not submit blanket requests for user identities without showing they had a “good faith basis” for going after these users.

It’s a substantial victory, says Mitch Stoltz, an EFF staff attorney. Copyright trolls have gone after more than 200,000 people in the past three years. Many of those defendants are unidentified John Doe Internet users.

“This ruling by the Court of Appeals for the D.C. Circuit is only binding law within D.C., but because there are no other appeals court opinions that address these questions directly, we expect that federal courts everywhere will look to this decision for guidance,” Stoltz told the Daily Dot.

Though the ruling was against AF Holdings, EFF Intellectual Property Director Corynne McSherry says they are hardly unique. Numerous copyright troll firms use this same tactic of going after a large number of Internet users all at once, McSherry says. Usually their only evidence for copyright infringement is that these users allegedly joined a BitTorrent swarm. And on those merits, copyright trolls attempt to take users to trial, often in venues far away from the users’ homes. Because of the high cost of litigation, these firms are often able to intimidate users into a prompt settlement.

The ruling is good news for victims of copyright trolls, but will likely have little impact on the patent troll industry at large. However, in a separate court ruling earlier this month, patent trolls received a major setback when the court expanded the criteria under which patent defendants can recoup their legal costs.

Congress was set to tackle major patent reform legislation this year, though those efforts have been put aside by the Senate due to a lack of bipartisan support.