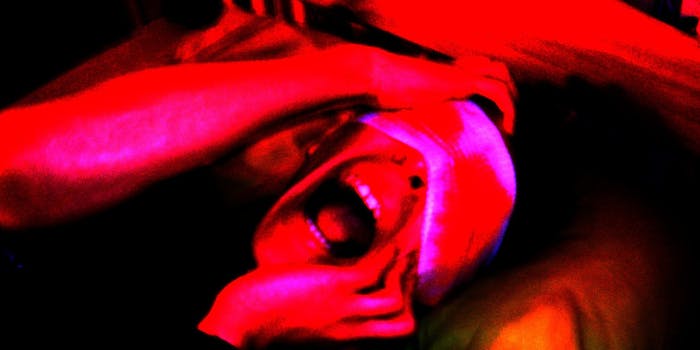 Your wallet might be better off for buying cheap knockoff sex toys, but your junk certainly won't be.

(Your penis, FYI. That’s the thing it could cost you. Just in case that wasn’t clear.)

CB-X has purchased and performed quality control tests of the counterfeit devices, pairing them against it’s [sic] own authentic devices. During the initial tests, the working pressure was kept to 150 PSI, which represents the typical pressure developed by the penis of a latched man during an attempted erection. During the testing, many of the counterfeit devices split apart—trapping and damaging the rubber test tube that was used inside the cage.

If you’re not quite following, let CB-X CEO Nikki Yates lay it down: “Had a man been wearing one of these counterfeit devices he could have received potentially severe injury to his penis caused by the sharp edges of the failed device.” Honestly, just reading that made my penis hurt and I don’t even have a penis.

The issue of sex toy counterfeiting is not unique to CB-X. As the Daily Dot previously reported, sex toy piracy is rampant on large retail websites like Amazon and eBay. Such piracy is particularly common in the BDSM sex toy market, which obviously poses a problem not just for manufacturers of such toys, but for consumers as well. As adult industry piracy expert Peter Phinney puts it: “Would you be interested in sticking electroshock cables up your ass or onto your privates if you knew they were made in China from substandard components and not UL listed for safety? You could save 70 percent buying a knockoff electrostim set up, but I’m not recommending you do.”