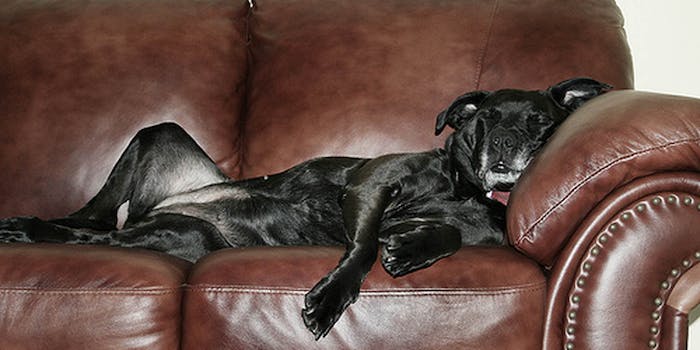 Someone hacked Couchsurfing to send out Airbnb spam

A hack promoting your chief rival? Not suspicious at all.

No matter who did this, it’s a hell of a prank.

The 11-year-old Couchsurfing site was putting strangers in living rooms way before Airbnb ever existed, but the latter has quickly become a household, allowing individuals to turn a significant profit off renting portions of their residence.

The spam email, sent on Aug. 15 from the real Couchsurfing address, told users to check out “the new couchsurfing” and linked to an Airbnb signup page.

No one is quite sure who is behind the unauthorized use of Couchsurfing’s email list. The Couchsurfing team has issued a statement explaining that member data was not exposed: “[W]e have addressed the circumstances that led to the email being sent.”  The company did not, however, explain how the hack took place and did not respond to a request for comment.

Could the hackers possibly be from Airbnb?

Considering the risks involved—including, say, jailtime—and the slim rewards, the answer is probably no. Couchsurfing representatives failed to comment on this question as well.

Instead, it’s more likely that a user profoundly dissatisfied with Couchsurfing’s noticeable shift from nonprofit to for-profit—and all the changes that presumably came with it—decided to have a bit of fun at the company’s expense.