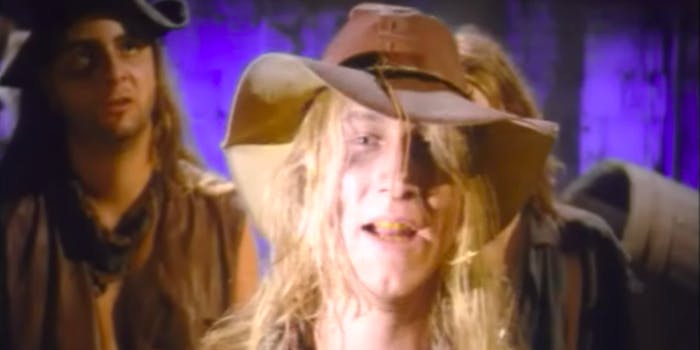 If it hadn't been for Cotton Eye Joe...

Some heartfelt conversations are too wonderful to keep to yourself.

That logic motivated a new viral tweet from Twitter user @Marissa_Tee_, who shared a screen recording that her boyfriend sent her in the middle of a heart-to-heart conversation. In the video, her boyfriend shuffles through a few different mirror selfies of her in a bathing suit while (sort of) mouthing the lyrics to “Cotton Eye Joe.”

In the middle of having a heart to heart conversation my boyfriend unexpectedly sends me this screen recording… pic.twitter.com/wNlSbzAzNn

The actions sync up hysterically well, to the point that @Marissa_Tee_ might as well be dancing along to the Rednex classic. Her boyfriend clearly agrees, because pretty soon he cracks himself up and starts singing a bunch of gibberish—which, let’s face it, is preferable to that godawful middle school dance anthem anyway.

Since she posted it on Thursday, @Marissa_Tee_’s tweet has earned more than 662,000 likes and 239,000 retweets—just proof that some things really do deserve to be shared with the world.