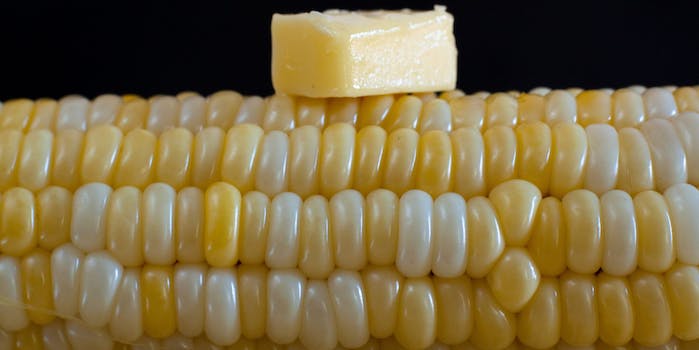 Do we even need to tell you not to try this?

There’s such fine line between hilarious and stupid. In fact, if we’re being totally honest with ourselves, they’re sometimes one and the same.

Take, for example, this man eating corn on the cob using a power drill.

Not the smartest move, but it’s hard not to laugh when that kernel of corn shoots up his nose. It’s also worth noting that the video is entitled “How to eat a corn cob in ten seconds,” but, as many YouTube commenters pointed out, it’s more like “How to spray corn all over your house in 11 seconds”.

Be that as it may, as with so many obviously dangerously foolish challenges, bored citizens of the Internet have decided they should give a whirl. Nothing like finding idiotic new ways to injure yourself, and this girl succeeds in epic fashion, losing a handful of her hair.