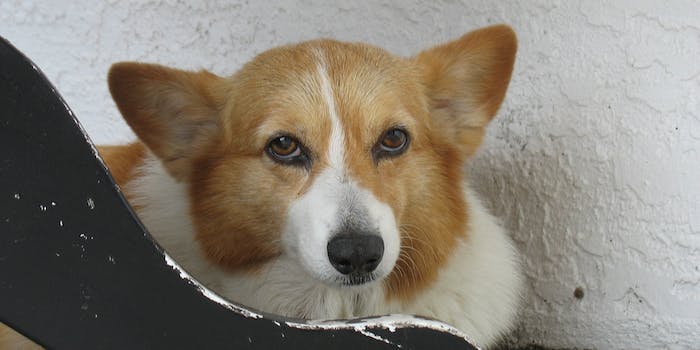 Corgi tries in vain to reach the treat on her butt

I normally roll my eyes when someone says they “can’t even” about something. That is, until I saw this little corgi spin in circles trying to eat the treat stuck to its butt. “I can’t even” became “I can’t even reach my own butt to eat this delicious treat!”

The baby corgi embodies the frustration we all feel when the object of our desire is just out of reach. Its struggle is worse than a Sisyphean task, because at least Sisyphus could get the rock up the hill.

This corgi’s struggle is the student loan debt that won’t go away, the job prospects that never call back, the Tinder dreamboats who just don’t reciprocate your right swipe.

But eventually—because perseverance pays off—the corgi got her treat. All is right with the world.