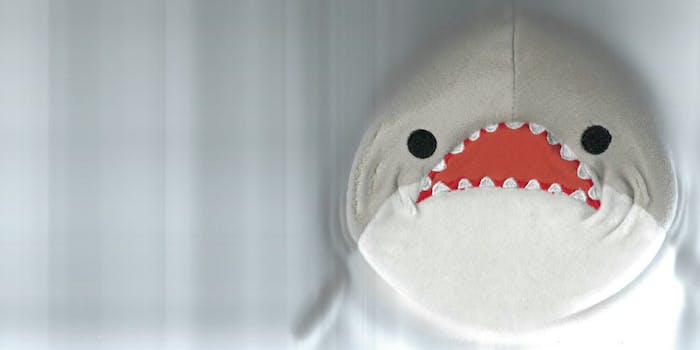 Meet ‘Copy Shark,’ the stuffed shark scanned into a copier

Everyone deals with boredom differently. Some people go on Facebook. Others create art. But few can compare to Twitter user @stabbyloki, who shoved a stuffed shark into a scanner and showed the internet the results.

out of boredom i decided to scan a stuffed shark. here are the results. pic.twitter.com/QGGujkp0vC

He’s beautiful. Something about his chubby body and menacing face pressed right up against the scanner glass is too cute.

It didn’t take long for the internet to start sharing @stabbyloki’s post, which has gained over 46,000 retweets and 104,000 likes in just two days.

I would die for that shark

Now it's in the sea pic.twitter.com/GbPsnvLVLl

Meanwhile, Twitter took one look at the shark and quickly shouted “me irl.”

hahahahahhahhahhaha my face when i look at exam timetables

These are the kinda thoughts I get in class. All the time. https://t.co/0F2cBKPYhB

It makes great wallpaper, too.

can confirm: it is pic.twitter.com/ZFqHKaNolu

In conclusion, @stabbyloki is an artist, and we’re looking at a magnum opus right here.

Is it me or ain't that art in of itself? pic.twitter.com/JHTMLBzSfC

Rock on, Copy Shark. The world is a better place with you.