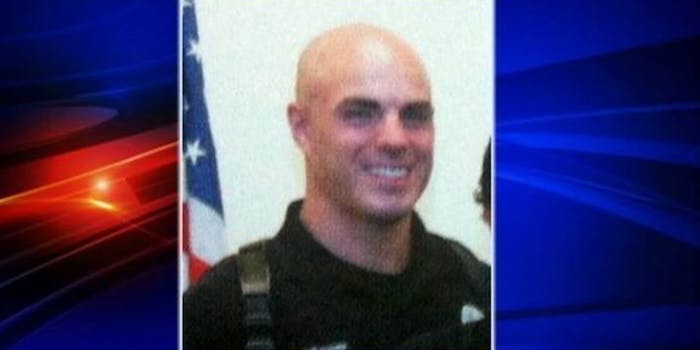 A Seattle police officer is under investigation for posting nude photos of a woman on Facebook after their affair turned sour.

A Seattle police officer was arrested after allegedly impersonating a former lover on Facebook and posting explicit photos of her alongside derogatory captions.

Detective David Blackmer reportedly told the woman with whom he was having an affair since December he’d “ruin her life” after she ended things last week. He’s now being investigated for felony identity theft and is expected to appear in court Friday afternoon, according to KIRO Seattle.

The woman told police she visited Blackmer’s home in Snohomish County on July 17 after finding out he was married. He is said to have pushed her and grabbed her neck. After she told Blackmer’s wife about the affair, he allegedly said “he would get back at” the woman.

Soon after, the woman spotted a phony Facebook account set up in her name, which she claims included photos she’d sent after he’d asked for “sexy” pictures as well as images Blackmer took of her during sex. The profile was said to have been Blackmer’s own, which he changed after a confrontation with the woman. He also reportedly posted her home address and contact details, making her afraid to return home with her children.

The page was taken down on Thursday, the same day 17-year veteran Blackmer was arrested and booked for investigation for assault, identity theft, and cyberstalking.

The officer was placed on paid administrative leave. The irony in this case? Blackmer was responsible for domestic violence cases.

Impersonating an ex-partner online is a frequent revenge tactic for spurned lovers. One man is said to have created a DeviantArt profile under his ex’s name and posted nude photos of her, while several others have carried out similar revenge attacks on Facebook.