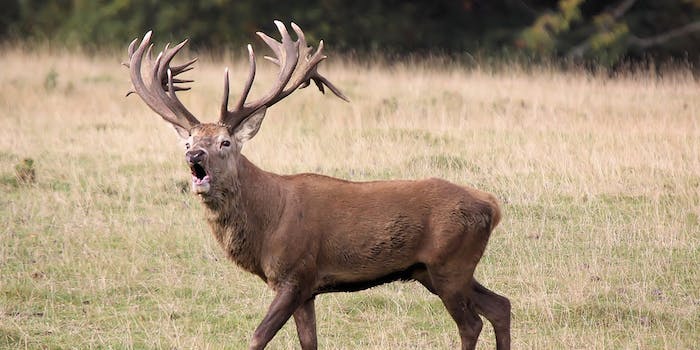 Deer hit by cop car totally shakes it off

There’s nothing like an old-fashioned hit, flip, and run. OK, that might not be what typically happens, but that’s how the situation went down when a cop car came crashing into a deer running across the street.

A cop car’s dashcam in Kenton County, Kentucky, caught the whole thing. The police cruiser’s just driving down the road when it collides with the antlered beast, which goes flying into the air, does a flip, and miraculously runs away. This could have ended up much worse for both parties involved and while unsure what shape the deer was in after the incident, it looks fine enough to be able to scurry away.

Photo via airwolfhound/Flickr (CC BY SA 2.0)