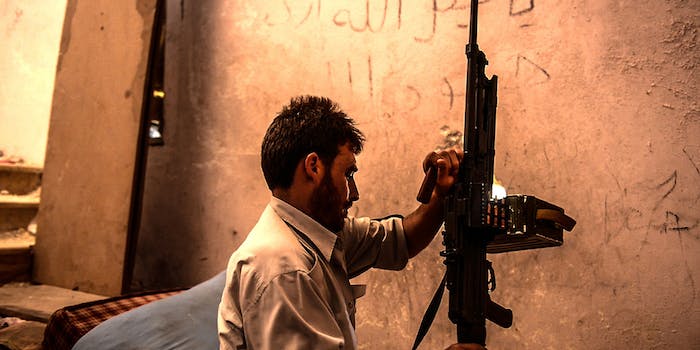 Man pleads guilty to volunteering for Al Qaeda on Facebook

Sinh Vinh Ngo Nguyen, a 24-year-old man of Garden Grove, Calif., thought he had offered his expertise in weapons training to Al Qaeda via Facebook, but like many homegrown would-be terrorists in the U.S., he was really talking to the FBI.

Now, in an unexplained surprise move, he’s pleaded guilty to the charges consequently brought against him with an agreement filed in, and accepted by, a federal court.

Nguyen was arrested on October 11 when attempting to board a bus to Mexico, where he planned to catch a flight to Pakistan to meet “his sheik” in Peshawar. “How did you guys find out?” he reportedly asked the authorities who detained him. Interrogated for some 50 hours, according to Assistant U.S. Attorney Judith Heinz, he eventually admitted to spending five months battling the Bashar al-Assad regime with rebels in Syria, during which he used social media to inform people back home that he had a “confirmed kill.”

Upon returning stateside, Nguyen told those same acquaintances that he had hoped to train Al Qaeda forces in the war-torn country but was turned down. When he later began chatting with an FBI agent posing as a recruiter for the terrorist network, his aim was still to train Syria-based members in firearm use and ambush techniques. U.S. District Court Judge John F. Walter had raised an eyebrow at Nguyen’s supposed military background, noting that he had been rejected from domestic armed forces for a hearing problem. “I don’t see evidence that this defendant had any particular skill in firearms,” he said, “or that he had the ability to procure or deliver weapons.”

Apparently rejected by all sides in the global war on terror, Nguyen nevertheless continued to believe in his own strategic value. When asked by Judge Walter exactly what use he could have been to Al Qaeda, Heinz put the matter simply: “He was providing himself.” Whatever his talents, Nguyen will be sentenced in March as though he posed a legitimate threat to national security; he faces a maximum of 15 years in a federal penitentiary for attempting to provide “material support to a designated foreign terrorist organization.”

Al Qaeda, meanwhile, has bigger fish to fry as it battles for a measure of control in the bloody and chaotic Syrian region—groups linked to the network have been flourishing in Lebanese refugee camps, according to Hezbollah, which has continually reaffirmed support for Assad. And in the north, near the Syrian-Turkish border, an affiliated Islamic extremist set known as the Islamic State of Iraq and Greater Syria, or ISIS, has spread fear and enforced sharia law with beheadings, sparring with rival militias seen to lack their purely fundamentalist ideals.

Something tells us these guys are a little too busy for Facebook nowadays.