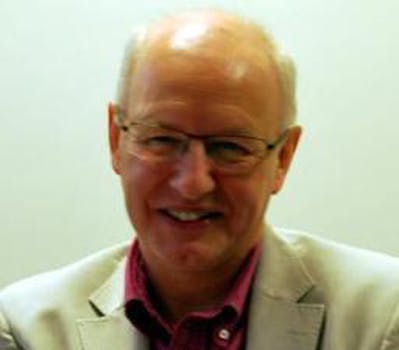 Conservative blog suspended by host for slur against Obama

Right-wing blog A Tangled Web was temporarily taken down by its hosting service, Arxive, for a photo caption calling the president a "commie little faggot."

A right-wing blog has been suspended by its award-winning hosting service, Arvixe, allegedly because it referred to President Obama as a “commie little faggot.”

David Vance, who runs the blog A Tangled Web—“to provide a principled conservative voice of dissent aimed at making life…that little less tangled!” according to its About section—announced Friday that his blog had been suspended after a post that mocked Obama’s stance on the fiscal cliff.

“[I was] casually informed that the site was now suspended because it had been complaints of racism and harassing content,” Vance told another Arvixe-hosted blog, Max Farquar. His host “had not contacted me nor provided any information on the allegations that led to this ‘confirmation,’” he added.

Soon after, an Arvixe representative told Max Farquar that the server bans “hateful/defamatory” content, and implied that it was a single post that led to suspension.

[It] is HIGHLY unfeasible for our staff members to thoroughly comb through the content of an entire website […] etc to compile a list of all infringing/violating material that would need to be removed. We cannot simply specify to a client to, for example, remove one offending phrase yet allow (X) others to go unnoticed. As such, the site is being disabled until we have come to a resolution one way or another.

Max Farquar produced what it believed was the offending post: One written Thursday titled “Obama Declares Himself King,” written by the pseudonymous author The Troll, about Obama’s stance on the fiscal cliff. A screengrab at the bottom was captioned “It’s not a game, Barry, and you have no authority over it, you commie little faggot.” Arvixe didn’t respond to the Daily Dot’s request for comment.

Since the site went back up, later on Friday, the caption has changed to the neutered “It’s not a game Barry, and you have no authority over it.”

“You know I don’t agree with basically anything you post, but I respect your right to do it,” @keithbelfast tweeted at Vance, a post Vance retweeted.

An earlier entry by the Troll which uses similar language to the allegedly offending entry is still intact. In a post dated Sept. 6, 2011, The Troll rants against “faggot commie union workers.”

Photo of Vance via @DVATW/Twitter