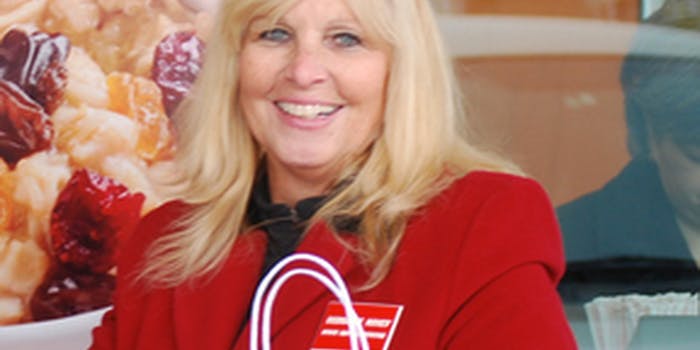 In a Facebook comment, Connecticut state representative DebraLee Hovey told the former congresswoman and shooting victim to "stay out of my towns." Giffords met with families of the Sandy Hook Elementary School shooting victims Friday.

A Connecticut state representative is apologizing for telling shooting victim Gabrielle Giffords to “stay out of my towns” on her Facebook page.

Hovey released a statement Monday apologizing for her comments.

Hovey lambasted Giffords’ visit as purely political in her Facebook comment since two Democrats were in attendance at the meeting with the retired congresswoman. A story in the Litchfield County Times notes that Republicans were also present.

“It was political. The Lt. Gov. was there, Blumenthal was there and ALL political types know it is courteous to let sitting Reps know when another political is in their district so … there was pure political motives,” she wrote on Facebook. The comment has since been deleted from her page.

“The remarks I made regarding Congresswoman Gifford’s visit were insensitive and if I offended anyone I truly apologize,” said Hovey in a statement issued by her office.

Giffords was shot in the head in a 2011 attack in Tucson that left her critically injured. A gunman opened fire at a meet-and-greet, killing six people and wounding 12 others. Along with her husband, retired astronaut Mark Kelly, Giffords met Friday with families affected by the Sandy Hook shooting.

Hovey recanted her statement after it sparked backlash from other politicians, and blamed it on her healing process.

She said she was “still working through my grief and trying to come to terms with what happened, how we as a community and a state move forward and how we can prevent horrific events like this from occurring in the future,” she said.

“My deepest condolences continue to go out to the families, the community of Sandy Hook Elementary School, Newtown and Connecticut.”