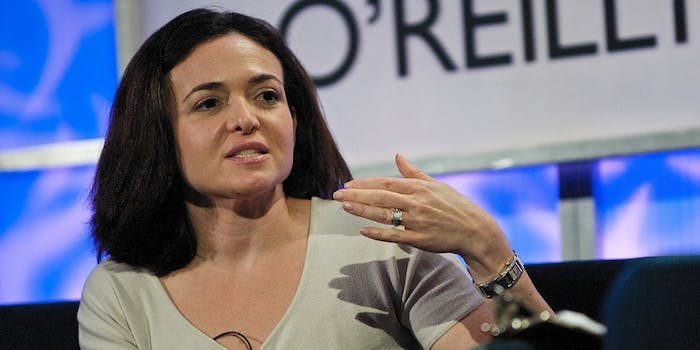 When we distill workplace inequality to a "confidence issue," we can forget that there are larger issues at play.

By now you’ve heard about the fact that we’re all concern-trolling women’s lack of self-confidence. Whether it’s the onslaught of Dove commercials telling us to just be happy, or the slew of self-help books authored by predominantly white, wealthy ladies, the message is pretty clear: You would be rich and happy if only you could you stop being such a Negative Nancy.

The most recent encouragement to just “fake it til you make it” comes from Katty Kay and Claire Shipman who published a feature on the “confidence gap” in The Atlantic. In the undoubtedly well-meaning piece, Kay and Shipman share troubling research outlining an equally gloomy picture: Women undervalue their accomplishments, and it’s holding them back in the workplace.

Although it’s true that some women suffer from more self-defeating thoughts and lower self-esteem, gender inequality can’t be reduced to mental health issues. Women’s lack of opportunities in the workplace are due to much deeper issues, and it’s time we admit that. Instead of telling women to change their personalities, maybe it’s time we take a look at the entire system.

Here’s a (non-exhaustive) list of ways we can help women that don’t include telling them just to hold their head up high.

One of the craziest things about the U.S. (apart from the fact that some of our citizens think Hillary Clinton planned her own shoe-throwing incident) is that we are the only industrialized country without paid maternity leave. Approximately half of mothers in the U.S. workforce don’t receive any paid leave, and many of them are forced by their employers to leave work early in their pregnancy without remuneration. Although Kay and Shipman acknowledge that women are the ones who get preggers (and devote a small paragraph to the importance of that basic biological truth), it’s mainly glossed over in their article.

Mothers can be confident all they want, but if they are systematically discriminated against, a self-esteem boost won’t get them very far. Why aren’t we talking about the fact that having children boosts a man’s salary (the daddy bonus) while it decreases a woman’s income (the motherhood tax)?

2) Value the leadership qualities that women already have.

In their piece, Kay and Shipman spend an awful lot of time telling women that they should act more like men, but have they ever thought about what the world would look like if men were more like women? Why is being overconfident the goal here? Do we want a world full of people who over-value their skills and accomplishments? Or one where people are honest about the outcomes they can deliver? The choice sounds clear to me.

To quote the words of Amanda Hess at Slate: “A few years ago, in the wake of the financial crisis, the think piece du jour centered on how overconfident men were a danger to themselves and their country. Now, women are being told to ape these poisonous personality quirks for feminist life lessons. Buy these books and you, too, can become a successful blowhard.”

Studies show that the best leaders aren’t narcissistic, egotistical arrogant people; they’re humble, nurturing, emotionally intelligent and collaborative. So why aren’t we valuing those qualities? Why do we automatically assume that women need to act more like men when women are shown to express all these traits?

When we distill workplace inequality to a “confidence issue,” we can forget that there are larger policy issues that play. Not all women can bargain their way through the glass ceiling because many of them are stuck on the sticky floor below. Because two out of three primary minimum-wage workers are women, increasing the minimum wage would give 15 million female workers a huge raise. Now that would give them a boost in self-confidence.

That a baseball player takes a few days off to spend some time with his wife is derided by the media highlights a troubling facet of our culture. As long as men who put their careers second are mocked, women will be left shouldering much of the burden of parenthood. And that will have a direct impact on their opportunities in the workplace. Paid paternity leave could help change that. Countries like Sweden have seen a huge increase in men’s share of domestic and child care tasks, which is tied to women having more time to focus on their careers.

When women act confidently, their popularity decreases. As many feminist writers point out on Twitter, that suggests that the “confidence gap” may be more a cultural issue, than a women’s issue. Sexism is internalized and therefore shapes our behavior: Women and girls aren’t assertive because they get punished when they act that way.

6) Challenge racism in the workplace.

Somewhat incredibly (albeit, also predictably), The Atlantic feature did not mention race. The stereotypes that often plague women of color in the workplace are different and arguably much worse than the ones white women experience. That women of color are seen as “the angry black woman”—dominant, aggressive and overly assertive—is supported by empirical research. This perception hurts them disproportionately in the workplace. Navigating those tensions makes expressing self-confidence much more difficult for women of color.

7) Stop linking every inequality in the workplace to women’s self-esteem.

Kay and Shipman ultimately imply that the key to gender equality is women’s self-confidence, putting the burden on women to personally fix an institutional problem. The authors allocate a small paragraph to children and the lack of flexibility in the workplace when in fact that’s what drives most of the wage gap. Trying to solve gender inequality in the workplace by telling women to be more confident is like re-arranging the deck chairs on the Titanic after it hit the iceberg. It may give the passengers something to do, but it definitely won’t stop the ship from sinking.

This article originally appeared on PolicyMic and was reposted with permission. Elizabeth Plank is the Executive Social Editor at PolicyMic. She has a Masters degree from the London School of Economics and has experience in the field of behavioural science and women’s advocacy.

Photo via jdlasica/Flickr (CC BY 2.0)