Who is this crazy lady behind @ConcernedMom420?

So who’s this mom out there in Utah who’s out there going hog wild on YouTube and Twitter trying to tell everybody to stop smoking weed? Is she a joke or what? How much can her kids not stand her? And if she’s real, why won’t she respond to my calls?

@ConcernedMom420 is the most identifiable identifier available for this surprisingly social-media-savvy 45-year-old Christian mother who’s “trying to spread awareness!!” about all the dangers that come with “taking pot!!”

Her Twitter feed is littered with images like this one that suggest that smoking marijuana leads to homosexuality or has the strength to turn a good looking blonde man into a rather sickly McCauley Culkin. She’s racist, a religious elitist, and she’s not a fan of Justin Bieber.

She is decidedly bonkers, but she’s already managed to rack up quite the following. After 343 tweets, she’s already accrued more than 110,000 followers, though not all would bill themselves as fans. (Westboro Baptist Church, by contrast, has less than 5,000 Twitter followers.)

@ConcernedMom420 has even gone so far as to make a YouTube video. Called “The Dangerous Truths of Marijuana,” the clip is 40 days old, has been seen more than 40,000 times, and explores entirely false statements about marijuana—like how it crippled the rapper Drake or turned “promising tennis star” Lindsay Lohan into an “unpopular” “weed user.” (She posted a followup two weeks later that features a rendition of “This Little Light of Mine” and is about as strange as its predecessor.)

She’s pissed off about marijuana. She thinks that it’s “a gateway drug that claims hundreds of thousands of lives world wide each year.” And she’s made it her mission “to get it BANNED.”

The individual behind the account is apparently a woman named Michele Dennison—or at least it appears that way. Dennison tweets under the handle @MicheleDenniso2, and she’s only racked up 30 followers after 5,661 tweets. (Dennison hasn’t tweeted from this account since Nov. 1.)

“My next question is who’s (sic) picture is being used?” he wrote. “@MicheleDenniso2 Is that a real pic?”

Dennison never got back to Baggett, but her picture tells the whole story. That’s Dennison on the left and @ConcernedMom420 on the right. Check out the glasses, the hair color. 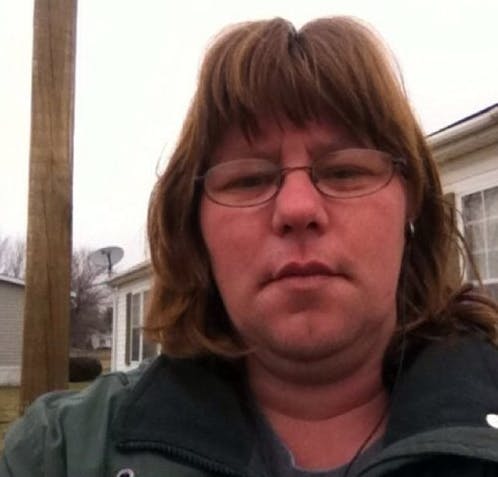 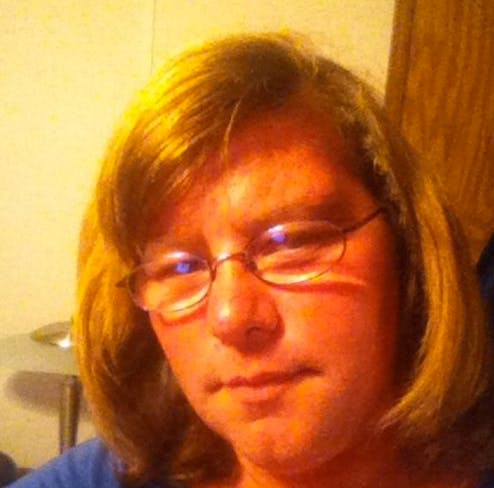 Now check out this profile picture belonging to a woman named Michelle who posts tweets as @ConcernedPoetry. Michelle’s biography explains that she’s a 45-year-old Christian mom from Utah. 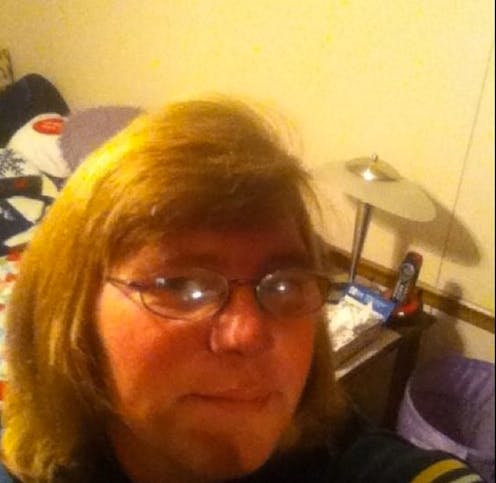 That’s the same woman, right? A 45-year-old mother from Utah who’s into poetry and not at all into marijuana—whatsoever. It’s gotta be. It’s just got to be. (Unless the whole thing’s a lie. Considering some recent events, I guess that’s not that unlikely.)

So in the words of Double Rainbow Guy, what’s it all meannnnnn?

To be honest, we’re not quite sure. We’ve reached out to Dennison via both Twitter and email and have yet to hear back. We’re interested in knowing why exactly she’s choosing to perpetuate this myth, and what her legions of followers think of the work that she’s done.

We’d also like to know why she’s so directly opposed to Bieber.

Dennison’s personal Twitter handle, it should be noted, doesn’t do much to offer any information. Most of the 5,000-some-odd tweets are just one word responses to other people’s messages, though she does purport to being a Dallas Cowboys fan.

And that, my friends, is worse than any drug.