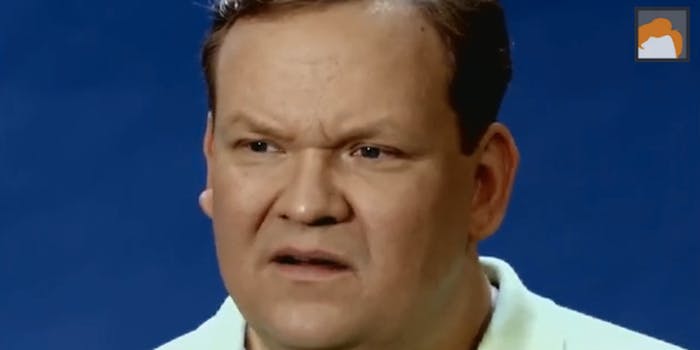 Conan has discovered bronies, and they’re going to wish he hadn’t

My Little Pony fandom may be embarrassed to be associated with Andy Richter.

Conan O’Brien has stepped into the world of bronies.

Bronies are adults, many of them men, who love the children’s show My Little Pony: Friendship Is Magic. They have conventions for the show, a massive online fan base, their own nonprofit organization, and a documentary about them coming out on LOGO.

The famed talk show host told his audience yesterday that he watched the Brony documentary—first released online back in January—and found their culture fascinating.

He even showed clips of the film, and a familiar face popped up among the My Little Pony fans.

Oops. How embarrassing. On Conan’s YouTube channel, the commenters are mostly bronies arguing about the comedian making fun of them.

Bronies have criticized the documentary itself for focusing only on the show’s male fans, so you can only imagine how well a spoof of the fandom went over in Equestria. Looks like Conan may have hit a sore spot.

But also, Andy Richter as a brony is pretty hilarious and worth a watch.