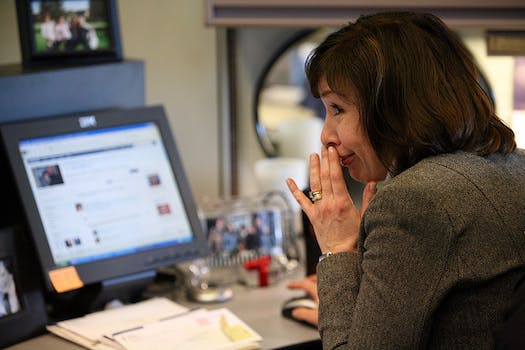 The National Labor Relations Board has sided with five individuals who were fired by their employer over a Facebook post.

Now you can use Facebook to complain about your job or boss and not get fired… sort of.

Slate’s Josh Eidelson is reporting that the National Labor Relations Board (NLRB)—the independent government agency in charge of investigating and ruling on unfair labor practices—recently sided with five individuals who were fired by their employer over a Facebook post.

In 2010, Mariana Cole-Rivera was working for the multi-services nonprofit Hispanics United of Buffalo when she took to Facebook to express her frustration over another employee calling everyone else lazy. Specifically, she wrote “Lydia Cruz, a coworker feels that we don’t help our clients enough at [Respondent]. I about had it! My fellow coworkers how do u feel?”

Cole-Rivera’s coworkers chimed in and sided with her, challenging the aforementioned claims made by their fellow worker. Cruz then ran to their supervisor, claiming that Cole-Rivera was misrepresenting her statements. The next working day, Cole-Rivera and four other employees were fired for violating the organizations anti-harassment policy.

Cole-Rivera argued to the NLRB that her Facebook post constituted “protected concerted activity,” an act in which two or more employees work towards improving their working conditions. The NLRB agreed.

“[There] should be no question that the activity engaged in by the five employees was concerted for the ‘purpose of mutual aid or protection,'” the board’s decision declares.

“By responding to [her Facebook post] with comments of protest, Cole-Rivera’s four co workers made common cause with her, and, together, their actions were concerted… The actions of the five employees were also concerted… because, as the judge found, they ‘were taking a first step towards taking group action to defend themselves against the accusations they could reasonably believe Cruz-Moore was going to make to management.'”

The NLRB also ordered that Hispanics United of Buffalo pay the five employees backwages and reinstate them.

This case is uncommon, and you shouldn’t take it as sign that you can now criticize your employer via the social network without fear of consequence. As Eidelson notes, “Unless you’re in a union or a public employee, your boss can still generally fire you for all kinds of reasons.”