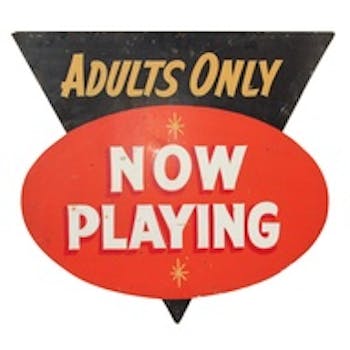 What was once an isolated, solitary, taboo activity is becoming the glue of certain communities. 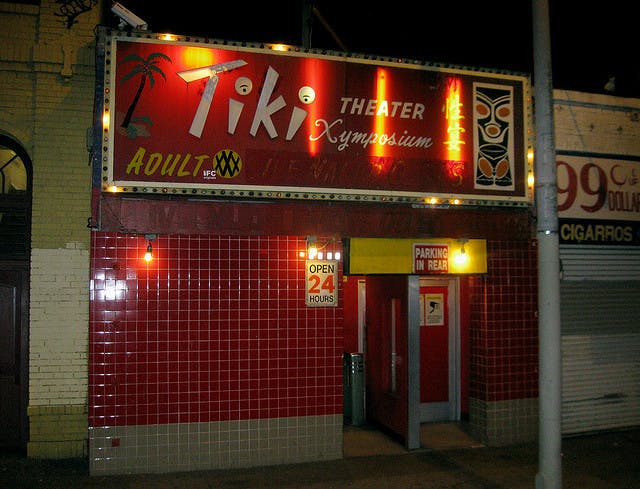 At what adult theaters are left, anonymity is even less an option than it once was. According to the Daily Beast, Tiki theater manager Kazi Jafor says that the police “…have come here many many times. Sometimes four or five times a week. They are checking to see if people are drinking or jacking off.” User Pop Socket on Gawker had this to say: “Someone needs to teach the poor soul how to use the Internet. There is no excuse for wanking in public anymore if you don’t want to.”

What’s more surprising, and less easy to explain, is the boom of pornographic communities online. These are virtual neighborhoods where commenters go to share not just sex, but themselves. Today, with commentary options, discussion forums and legion other ways of communicating and sharing attached to most pornographic websites, and conversely, pornographic threads attached to many discussion forums, the lonely masturbator is only as lonely as he or she wants to be.

And it seems that many don’t want to be lonely at all, they want to be members of a club. They want to belong and belong vocally. While we can imagine that most of users are still probably the silent majority, there is an abundance of proof of those clubs for the most varied, diverse and strange interests. On 4Chan, the /s/ thread (“sexy beautiful women”) is a study in fetish both wide and niche, from women in one-piece swimsuits to “woman in sexy boots” to a “large areola” thread. Users who have less mainstream fetishes (onesie bathing suits? sick!) find a like-minded community here. The threads include jpgs, of course, as well as comments, anecdotes (which should be received skeptically, like the letters to Penthouse) and more. There is something for everyone here, a kind of omni-sexuality. The animated gif forum, /gif/, moves freely between gay and straight porn, though at the same time the commenters freely dispense the kind of homophobia and sexism you’d expect anywhere else. 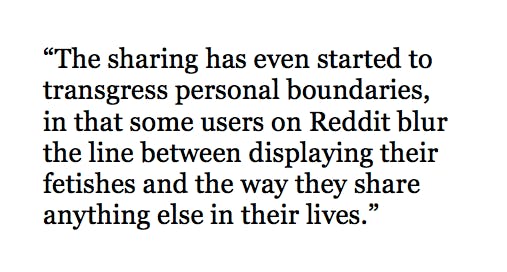 Part of the explanation might be in the synonymous rise of “net communities and chat” in general, which, in 2007, occurred around the same time we in the U.S. saw the drop of adult-oriented sites (slightly). Did pornography and communities meet in the middle, when porn began to lag, and needed a little boost, a little infusion of new material? One site that features a little of both is Forumophilia, which specializes in “teen babe” gifs and jpgs while also running a fairly active “General Chat” forum. In their “make introductions” thread, you see a theme: interactions are symbiotic—finding someone with the same interests as you is worthwhile in what they can share. 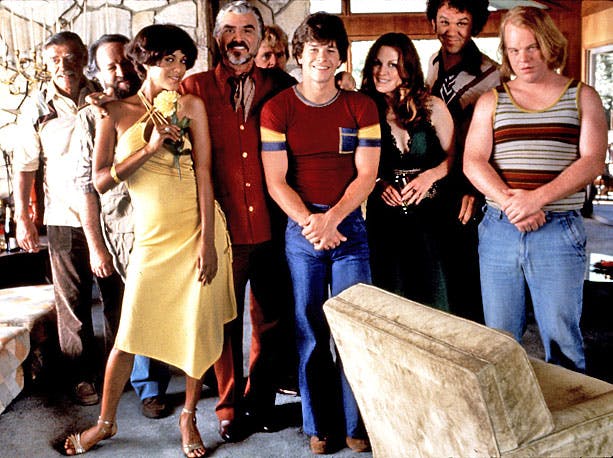 For most people, the idea of eschewing a holiday with friends or family in favor of the pleasures of shared Internet pornography might sound depressing. To say the least. But for those who choose to walk that path, there’s a real upside to doing so. Users churn out fodder for fantasy, through shared files and experiences. They also, as in user 410lover’s case, provide a sense of normalcy that seems to keep at bay some of the guilt that so many users of pornography experience. Ultimately, though, what brings people together in these sorts of forums is simple–even in the dark, and even in private, no one likes feeling completely alone.

Women and men often consume pornography differently, and their community choices reflect this. In an article about Sexy Baby, a new documentary about pornography, Slate writer Amanda Hess points out that “Women who engage effectively online can find resources for critically assessing [pornography’s] most sexist tropes, join communities that don’t share those norms, and benefit from a kind of increased sexual mobility they can’t always find in real life.” Pornography may have something to say about the way women are viewed, but this view is now being challenged and discussed by the very people pornography has so often—by looking so hard—overlooked.