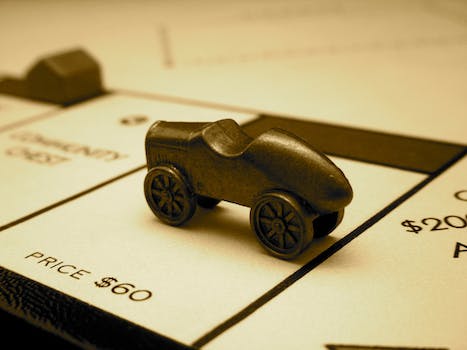 Emma Sulkowicz, a senior at Columbia University, has inspired students and activists across the country with a performance piece entitled “Mattress Performance: Carry That Weight,” which has gone viral in recent weeks. Sulkowicz’ piece consists of her carrying a standard-size dorm mattress on Columbia’s campus as a symbol of the weight that she carries as a rape survivor. In a recent interview with the New York Times, Paul Nungesser, Sulkowicz’ alleged rapist, made his first public statement in the wake of being accused of perpetrating sexual violence against three women. In the feature, Nungesser told interviewer Ariel Karminer, “My mother raised me as a feminist.”

Nungesser’s use of the word “feminist” to describe himself in this interview is an attempt to sidestep accusations of rape, sexual harassment, and intimate partner violence. Within the Times piece, Nungesser’s quotes even reveal his agenda. He is using his self-proclaimed title of feminist to exert his authority over the facts of this case. He is hoping that “being a feminist” will lend credence to his attempts to discredit Emma Sulkowicz’ claims and the other claims against him and ultimately wants the word to do some of the work of exonerating him. This action is simply part of a larger problem of men using the term feminist to deflect accusations of sexism, misogyny, and violence against women.

However, it’s important that people who call themselves allies, like men who identify as feminists, understand that they cannot use these labels as a way to sidestep any criticism. Labeling yourself a feminist is not a way for men to absolve themselves of any problematic behavior. If you’re being shitty to women, you’re still being shitty to women even if you call yourself a feminist. There is no “I’m a feminist” get-out-of-jail-free card.

So, how do we deal with men’s attempts to label themselves as feminists to excuse or attempt to erase sexist, violent, or misogynistic behavior?

One way to begin to address this is to define what it means to be an ally itself. Vlogger Franchesca Ramsey recently made an excellent video called “5 Tips for Being an Ally” in which she talks about how to align yourself in solidarity with others. Ramsey defines an ally as “a person that wants to fight for the equality of a marginalized group that they’re not a part of.” Men who support feminism clearly fall within her definition of the term ally.

So what advice does Franchesca Ramsey have for allies? Her five tips bear repeating here and are as follows:

2) Listen and do your homework.

4) You’ll make mistakes! Apologize when you do.

All of the above tips are vitally important for an ally to a marginalized group to understand. In particular, in the explanation of her fifth tip, Ramsey states: “Saying you’re an ally is not enough. You got to do the work!” This is the crux of the matter for men who are calling themselves feminists. The mere use of the label is not enough. There has to be action behind it.

A shift from allies simply self-identifying as such is necessary. Melissa McEwan, in an article published in Shakesville, talks about seeing allyship from either a fixed state ally model or a process ally model. This is important because the problems come from “allies,” like Nungesser, who are acting within the fixed state model, in which a privileged person can simply claim the title of ally for themselves. In the fixed-state model, those that say that they are “allies” are allies, and they don’t necessarily do anything else about it.

However, within the process model, people engage in ally work but see this work as a continual process. People need to focus on doing the work of allyship, not on owning the label of ally. One of the strongest statements that McEwan makes against the fixed state model is: “The confidence, the certitude, with which the fixed state ally model infuses privileged people, the belief that they are experts on the lives of marginalized people, is comprehensively incompatible with effective ally work. It’s hostile, and it’s destructive.” McEwan sees the act of declaring oneself an ally as fundamentally incompatible with doing the necessary work that is required from working in allyship.

There’s been a fair amount of discussion around the topic of men’s role as feminist allies, and I think the most important lesson here is that Paul Nungesser exemplifies what a male ally to feminism should not do.

Moving forward, we need to call out the people that are just cloaking themselves in the label of ally (or feminist, in Nungesser’s case) in order to avoid criticism. These people are not doing the required work to actually support the movements that they say they are. In Nungesser’s case, he’s actively working against women through attempting to discredit not only his accusers but by making jabs at survivors of intimate partner violence. People like Nungesser aren’t allies—they’re just co-opting the word in order to justify their shitty behavior.